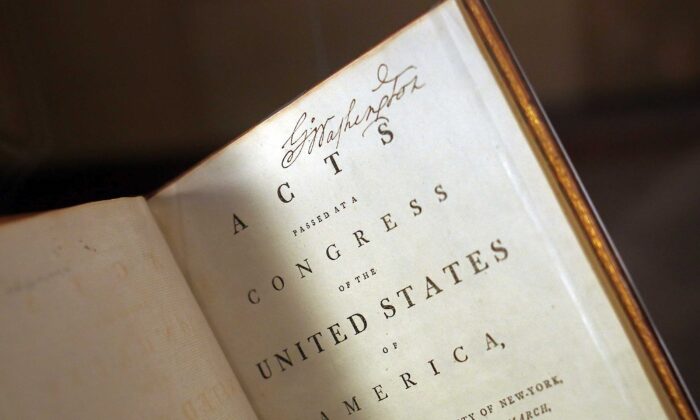 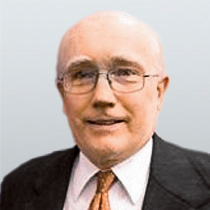 After winning the independence they had declared in 1776, Americans had to prove that they could sustain self-government in peace. They’d governed themselves already, as colonists, but now the British government no longer protected them from the other European powers, and indeed remained a potential enemy of the new country. It’s easy for us today to wonder why American statesmen from Washington to Lincoln seemed obsessed with building and sustaining “the Union,” or why President Jefferson so readily bent his constitutional scruples to purchase Louisiana from Napoleon to extend it. But to Americans then, looking at maps of North America, seeing their republic surrounded by hostile empires and nations whose rulers viewed republicanism with fear and contempt, maintaining the Union meant survival—survival not just of their way of life but of their very lives.

How to strengthen that Union, the new American state—not a simple, centralized state as seen in Europe throughout the modern period, but a confederation—without losing the new American regime, one of the few existing democratic republics? The first American constitution, the Articles of Confederation, seemed incapable of holding the Union together. Americans tried again, framing the much-amended, much-abused, but still existing United States Constitution, which took effect in 1789.

To understand American self-government, one should begin with the First Amendment to the Constitution: “Congress shall make no law respecting an establishment of religion, or prohibiting the free exercise thereof; or abridging freedom of speech, or of the press, or the right of the people peaceably to assemble, and to petition the Government for a redress of grievances.” These rights stand at the center of republicanism considered as an activity of self-government. They limit the power of Congress, the branch of the federal government charged with legislating. They prevent Congress from legislating republicanism out of existence.

First, religion. The Founders understood that religious institutions could exercise immense authority over human souls. If such institutions are fused with such engines of rule as executive power, including police and military forces, legislative power including taxation, and judicial power including imprisonment and capital punishment, those engines will more readily demand unquestioned obedience from subjects. They will have no reason to respect citizens—only subjects. A few decades later, the monarchies of Europe banded together in what they called the Holy Alliance against republican regimes. While they were reacting primarily to the excesses of the French Revolution, they were no friends of the United States or of Great Britain, which by then was widening its electorate, becoming more nearly a republic in the American sense.

“No law” means no law. There shall be no establishment of religion—meaning, no church or other institution, membership in which entitles the congregant to fuller political rights and powers than other citizens or empowers an “established” church to compel other sects to conform to its rules and practices. Further, Congress can enact no laws prohibiting religious exercise; citizens can freely organize churches and other religious communities as fully fledged civic associations, with no interference from federal lawmakers.

President Washington underscored Americans’ religious freedom by writing to every major religious denomination in the country during his first term in office, affirming American religious liberty even before the First Amendment solemnized it. Probably the three most controversial religious groups at that time were Quakers, who declined to participate in wars, even wars defending the country; Catholics, often regarded as suspect adherents to a foreign power, and proto-monarchists as well; and Jews, targets of age-old prejudices. Washington assured the Hebrew Congregation of Newport, Rhode Island, that Jews would not be merely tolerated in America, but that the new republic recognized their natural and civil rights to worship God as their consciences dictated. It was evidently the first time any Christian head of state (Washington was an Episcopalian) had so recognized Jewish practice. Commending Roman Catholics for “the patriotic part which you took in the accomplishment of [the] Revolution, and the establishment of [the] Government,” he promised that “all those who conduct themselves as worthy members of the community are equally entitled to the protection of civil government.” And to the Annual Meeting of Quakers in 1789, he observed that “the liberty enjoyed by the people of these states of worshipping Almighty God agreeably to their consciences, is not only the choicest of their blessings, but also of their rights.” Except for “their declining to share with others the burden of the common defense,” Quakers were second to no Americans as “exemplary and useful citizens.”

Washington’s letters display two indispensable features of American religious freedom. First, it is preeminently a protection of the exercise of religion, not a restriction on its exercise. In his Farewell Address, he would call “religion and morality” “indispensable supports” of those “dispositions which lead to political prosperity.” Self-government isn’t doing what you want to do; it is doing what you want to do in conformity with the laws of Nature and of Nature’s God, discernible by reason and by your conscience as they are reinforced by free exercise of religious practices. At the same time, such freedom isn’t unlimited. Some religious practices might be accommodated but also criticized—Quaker refusal to join in military self-defense—or even banned, if they contradict civil laws founded upon natural right, such as religiously inspired rituals involving killing or torture. (You may freely worship the gods of the Aztecs, so long as you refrain from sacrificing virgins to the Sun God.) Congress may make no law prohibiting religious exercise, but that doesn’t prevent Americans from enforcing state laws against (for example) violations of the right to life, typically subject to state and local statutory prohibition. American federalism leaves many such crucial governmental functions to the states, functions that form part of the American enterprise of self-government.

Freedom of speech and of the press must not be prohibited—they cannot even be abridged by Congress. Here, we must know what the founding generation meant by such a formula: freedom of political speech and publishing. Slander, libel, and obscenity were universally banned by state and local law, and could potentially be banned by federal law, too. Republican government requires discussion and deliberation by the sovereign people. How else could citizens make their sovereignty effective? This is why the Preamble to the Constitution begins with “We, the People of the United States.”

To rule by popular opinion requires the protection of those who speak and write on political topics. We cannot shout “Fire!” in a crowded theater because that isn’t a political act but a dangerous violation of civil society and of natural right. Equally, rule by popular opinion doesn’t mean protection of all means of expressing those opinions—for example, the aforementioned slander, libel, and obscenity, to say nothing of conspiring to commit commercial fraud or treason. And even these unsavory tactics are harder to punish if committed in political debate against a public official or candidate for office. Speech and writing directed against private citizens in civil society have always been more strictly ruled than political speech and writing, largely as a means of keeping civil society civil. The contemporary claim, popularized in the late 1960s, that “everything is political” is, among other things, an attempt to bring such tactics under constitutional protection, with results much-deplored in public discourse today.

Similarly, the right of the people peaceably to assemble and to petition the government for redress of grievances cannot be abridged by Congress because it, too, numbers among the means of popular sovereignty. Here again, popular sovereignty means the rule of the people in accordance with reason and conscience. We may assemble peaceably, not riotously; we may attend public meetings, but not disrupt them; we may petition our elected representatives but not interfere with their governmental duties.

All of this means that the freedoms protected by the First Amendment comport with every aspect of the American Founding, an attempt to design governments that secure natural rights for American citizens. In so doing, the Founders required of themselves, and of all citizens, self-government. Even the most prominent among the “permissive” educators of 50 years ago, A. S. Neill, titled his book “Liberty, Not License.” By self-government, the Founders meant the rule of reason—“rational liberty,” as Publius terms it in the “Federalist” 53. Such liberty begins with the individual, who learns to discipline his passions in childhood and youth within a family and in church and school. It radiates out into civil society—into local, state, and federal government, the latter charged with the responsibility of guarding American self-government from enemies foreign and domestic, by means of the Union that the Constitution was designed to guard.

Indeed, as Publius argues in “Federalist” 84, “the Constitution is itself, in every rational sense, A BILL OF RIGHTS.” By this he means that even without an enumeration of such rights as religion and political freedoms, the Constitution declares and specifies “the political privileges of the citizens in the structure and administration of the government.” That is, it is one thing to list our rights but quite another effectually to protect them. I can make myself the most elaborate “to-do” list of worthy actions, but if I lack the means of acting in accordance with it, I’m just doodling. The Constitution supplies the architectural drawing of the American regime of self-government. Like all structures designed for human life, it encourages those who dwell in it to walk in some ways and not in others. Any political regime guides citizens toward a way of life. The founders of our regime intended the American way of life to be one of freedom rightly understood—as ready compliance with, and defense of, the laws of Nature and of Nature’s God, laws vindicated by the Declaration of Independence and, nearly a century later, by the revolutionary (that is, regime-changing) Civil War fought on behalf of those principles and the people who adhered to them. It remains for American citizens to live in the structure the Founders designed by respecting its features, a respect that can only be maintained by what one Founder called “a moral and religious people”—which is to say, a people who perpetuate the American effort at self-government in their private, civil, and political lives.

Will Morrisey
Follow
Will Morrisey is professor emeritus of politics at Hillsdale College and editor of Will Morrisey Reviews, an online book review publication. He is author of "Self-Government, The American Theme: Presidents of the Founding and Civil War" (2003).