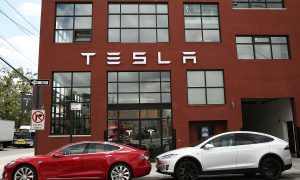 US Investigators to Probe Crash Between Tesla Vehicle, Fire Truck
0 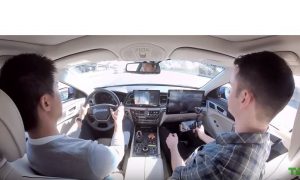 New Video Captures Driverless Car Getting in Accident on Highway
0 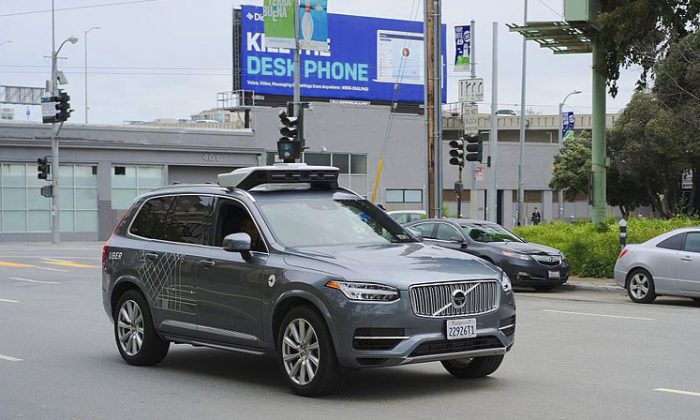 This Uber autonomous Volvo is similar to the one involved in the fatal crash in Tempe, Arizona. (Wikimedia commons)
US News

A woman crossing a street was struck by an Uber automated vehicle and later died of her injuries at a hospital in Tempe, Arizona, on March 19.

According to Bloomberg Technology, the autonomous vehicle (AV) was part of Uber’s real-world test program and had a human safety driver behind the wheel.

The woman reportedly was not in a marked crosswalk. Neither the vehicle’s artificial intelligence nor the human backup driver recognized the danger.

The details of the accident are still being determined.

Our hearts go out to the victim’s family. We’re fully cooperating with @TempePolice and local authorities as they investigate this incident.

“Uber is assisting and this is still an active investigation,” said Liliana Duran, spokeswoman for the Tempe police.

Uber announced it is suspending all testing in the greater Phoenix area, as well as in Pittsburgh, San Francisco, and Toronto.

“Our hearts go out to the victim’s family,” a company spokeswoman said on Twitter. “We are fully cooperating with local authorities in their investigation of this incident.”

Some incredibly sad news out of Arizona. We’re thinking of the victim’s family as we work with local law enforcement to understand what happened. https://t.co/cwTCVJjEuz

Leo99 replied on Twitter, “Understand what happened? Your technology isn’t safe, and an innocent person is dead. That’s what happened. Duh.”

Prior to the Uber accident, Waymo had plans to launch its own AV taxi fleet in Phoenix.

According to Bloomberg, Uber has had close calls in the past.

In one incident an Uber AV ran a red light in San Francisco. At the time Uber was operating without regulatory approval and was forced to park its cars.

The National Transportation Safety Board is sending a team of investigators to Tempe to look into the accident, NTSB spokesman Eric Weiss said.