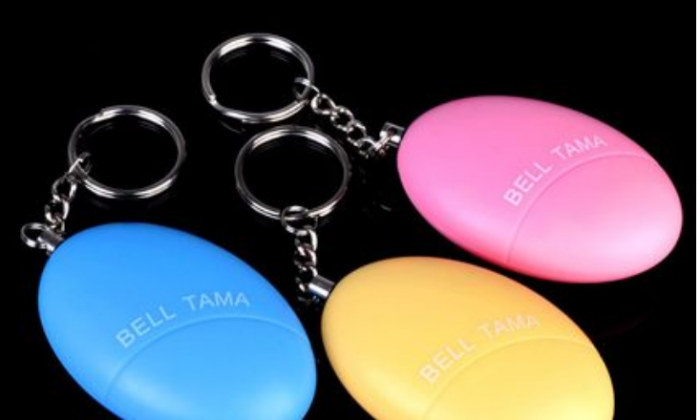 Three self-defense alarms that make a loud noise when the key ring is pulled. These have been the bestsellers in a spike in self-defense sales that occurred in China after news of recent rapes and murders of Chinese college girls in August. (Screenshot/s.taobao.com)
China

News reports of vicious kidnappings, sexual abuse, and in some cases murder of college girls in China in August have boosted the sales of self-defense equipment and enrollment in martial arts classes across the country.

Data from China’s largest online shopping network, Taobao, shows that the sales of female self-defense equipment in the past 30 days, up to Sept. 6, increased more than 6600 percent from the previous month, and over 1500 percent from the same period last year, according to state media.

One of the best selling self-defense products is also one of the cheapest, and most simple: an 18 yuan ($3) alarm. Around 32,000 of those sold over the past month, according to the Taobao data. The device is about two inches long and can emit a very loud alarm, which sounds like a car horn, when the loop on it is pulled. The idea behind it is that bystanders will come to the aid of the distressed user (it’s designed specifically for women and children, the packaging says) — though this spirit of mutual aid is often lacking on China’s streets.

Mr. Shao, an instructor at a martial arts training school in Zhengzhou City of Henan Province said that all his students were male until recently, when a few women signed up.

Mr. Chen, a trainer at a martial arts school in Nanjing City of Jiangsu Province, said his students are usually children and seniors—but he got 20 calls a day over the last two weeks, from young women enquiring about his self-defense classes.

All this comes on the heels of seven severe cases in August of college girls being kidnapped and tortured. Three of the victims were found dead, and all suffered different degrees of sexual abuse and torture. The suspects in three of the cases drove “black taxis,” or unlicensed cabs, which they used to pick up their unsuspecting prey.

Apart from college students, several young teenage girls have also been attacked in China. A 13-year old was raped and killed in a cornfield on her way to school in a rural area near Baoding City of Hebei Province on Sept. 7. A 16 year-old was murdered in Shanghai on the first day of her summer part-time job on Aug. 11.

Local police in Nanjing conducted an experiment to see how safety conscious young women in the city were, offering rides to five young females in an unmarked car. Four of the five got in the vehicle, according to Nanjing Daily. A police officer suggested that young girls need to be more aware of the potential danger of getting in a stranger’s car.

The news of the murders, and surge in defense equipment sales, has also caused many Chinese to reflect on their society as a whole, in particular its deteriorating morality and the general sense of personal security of Chinese people. “We shouldn’t blame the girls for not being careful,” said Fenghuacml, a user of Sina Weibo, China’s version of Twitter. “It’s society that has the big problem.”