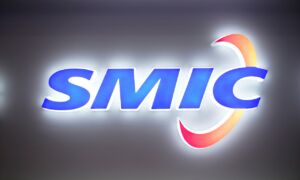 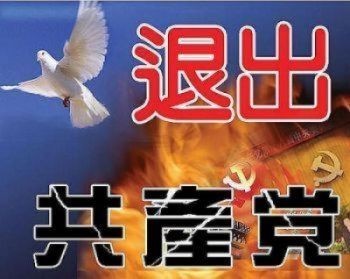 Editor’s note: The Epoch Times here publishes direct translations of statements made by Chinese people in ‘renouncing’ the Chinese Communist Party (CCP) and its subordinate organizations. Statements such as these are submitted to a website affiliate of the Chinese version of The Epoch Times, Dajiyuan. The movement to renounce, withdraw from, or quit the CCP, called ‘Tuidang’ in Chinese, began in late 2004, soon after The Epoch Times published the Nine Commentaries on the Communist Party, an editorial series that explores the nature and history of the CCP. The statements offer a rare and candid glimpse of history in the making: the Chinese people turning their backs on the Communist Party, choosing conscience over convenience, and peacefully ushering in a future China free of Party rule

The CCP is so corrupt. From the recent incident involving Wang Lijun, we can see that it’s so true that good deeds will be rewarded by heaven while the evil ones will result in retribution! Heaven’s laws fully manifest. The news about the declaration of the “three withdrawals” is spreading fast. More and more people believe in it and sign up to save themselves. More and more people have come to realize that China’s hope lies in a future without the CCP.

Now we solemnly declare that we quit all the CCP organizations, wiping off the beastly mark, becoming a real Chinese again and coming back into the fold of God. We are looking forward to the disintegration of the CCP and a beautiful new future!

Shi He and others (altogether 8)
Heilongjiang Province and Hebei Province
April 19, 2012

The four of us have read the books of “Disintegrate the Communist Party’s Culture” and “The Nine Commentaries on the Chinese Communist Party”. According to our own experiences too, we know that the CCP is really an evil and hooligan cult. The internal conflict within the CCP at present indicates that it is on the way to downfall by God’s will. We now announce that we quit all of the affiliations to the organizations of this evil party in order to remain safe and sound.

It is not easy to summarize the evil nature of the CCP in a few sentences. Just take a look at the evils that the CCP has done to the people in the past; it has already committed monstrous crimes. If it is a heavenly principle that good is rewarded with good and evil with evil, the CCP is bound to be cast aside by people and its failure is unavoidable in spite of its flattering propaganda media, military power and network of spies. Can its stubborn followers avoid a bad end?

Now we announce that we quit all the evil organizations of the CCP, the Communist Youth League and the Young Pioneers so as to thoroughly break away from the most wicked organization in history and quicken its destruction.

After watching “Truth” and several other programs of NTDTV, my family and I feel that we’ve all been deceived by CCP’s lies. Now I make an announcement on behalf of my father and my mother that they quit the CCP and on behalf of my daughter that she quits the Youth League. My wife and I are not CCP members, however we make an announcement that we quit the Young Pioneers and the Youth League.

Under the evil CCP’s educational system, a boy of six and half years old was fooled into joining CCP’s evil Young Pioneers. As his guardian I’m responsible to help him wipe away the evil mark. I now make an announcement that my son withdraws from the Young Pioneers.

I’m a judge at an intermediate court. Judging from the legal point of view, Falun Gong has not broken any law. But unjustly, Falun Gong practitioners have been punished. I feel perplexed. After learning the facts I have come to realize the truth and have understood the evil nature of the CCP. I don’t want to associate myself with it and have decided to withdraw from the CCP, the Communist Youth League and the Young Pioneers so as to wipe off the evil mark. I’ll keep firmly in mind that “Falun Dafa is good”.

While using an Internet-blocking software to surf online, I stumbled upon The Epoch Times website.

I have read the Nine Commentaries on the CCP which helped me understand the real history and the true nature of the CCP. I had mixed feelings but no matter what, I and my family have decided to quit all the CCP related organizations. We won’t help the villain do evil, but practice benevolence.

I was dragged into the CCP when I knew nothing. I once put my hope in the CCP. Today I see that they are extremely corrupt and abuse innocent people. I am really disappointed by the CCP. I cannot bear it anymore; When a friend persuaded me to quit the CCP, I felt that’s it’s really time to do it. Why should I be the evil CCP’s scapegoat? They should pay for their own crimes! I don’t want to be part of such an evil setup! I solemnly announce that I quit all of the CCP organizations that I had once joined.

I voluntarily quit the CCP’s Youth League and the Young Pioneers .
I read The Nine Commentaries on the CCP carefully and got to know that this evil party has poisoned the minds of millions in China. The chaos that has erupted in China today is directly the result of the actions of the evil party. I’m willing to quit this evil organization to be a real, orthodox Chinese. I also hope my fellow Chinese people can see the true nature of the evil CCP and quit the cult as soon as possible to choose a bright future for themselves.