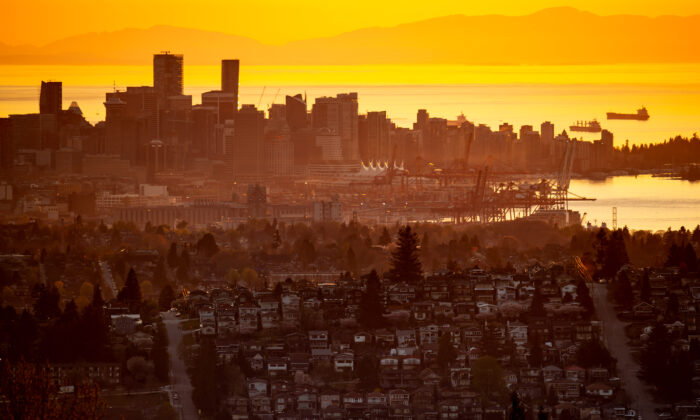 The downtown Vancouver skyline is seen at sunset, as houses line a hillside in Burnaby, B.C., on April 17, 2021. (The Canadian Press/Darryl Dyck)
Canada

She says there was no earthquake 165 kilometres southeast of Kitimat on Monday afternoon.

She says it’s possible that two small quakes at different locations were detected as one event.

Posts about the false alarm on the American agency’s website have been deleted.