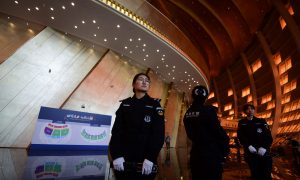 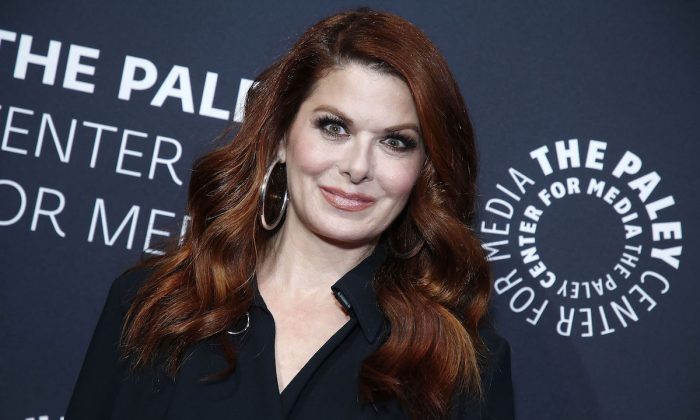 Liberals Messing and McCormack took to Twitter in a call to publish a list of attendees at an upcoming Emmys week fundraiser for Trump’s reelection, supposedly so they can refuse to work with them.

O’Hurley, best known for his role as J. Peterman on the NBC sitcom “Seinfeld,” discussed the controversy during a Labor Day afternoon broadcast of Fox News’s “America’s News Headquarters.”

O’Hurley told Fox News anchor Leland Vittert that liberalism only seems bigger than it is in Hollywood because “they have the bully pulpit right now to say it out loud,” and while conservatives are “tougher to find and certainly tougher to poll,” liberals “form packs” and “groups.”

Vittert asked O’Hurley what the intent of the tweet really was.

“Well, let me just say that I’m embarrassed for both of them,” O’Hurley responded. “And I’ll say this because I know them both and I’ve worked with Debra before. They are both smart people. They do wonderful work, but they’re pushing the case that falls apart from the sheer weight of its lunacy as though the Hollywood community needs to be purged of this social and intellectual hygiene problem called conservative thinking. It falls—it underscores the fact that we aren’t receptive to diversity of thought, which is the exact opposite of what you feel the liberal way would be. And I find that obscene.”

“It is very difficult to be a conservative in Hollywood,” shared O’Hurley. “Even though there are many of us, you do feel like you are an island fighting the storm.”  The “Seinfeld” actor did observe that things seem to be more intense now because “they’re predisposed to not liking the man at the top right now.”

President Trump tweeted a response to Messing on Sept. 1.

“I have not forgotten that when it was announced that I was going to do The Apprentice, and when it then became a big hit, helping NBC’s failed lineup greatly, @DebraMessing came up to me at an Upfront & profusely thanked me, even calling me ‘Sir.’ How times have changed!”

Messing tweeted back: “I am proud to be a donor when I contribute to a campaign. I am happy to be listed when I attend a fundraiser. I am assuming anyone who donates to Trump’s fundraiser would feel the same. Why wouldn’t they?”

Conservative actor Nick Searcy had the best response to this blatant display of elitism. “When you contributed, nobody demanded you be put on a list so they could avoid employing you, did they, [Debra Messing]? Because that would be black-listing, wouldn’t it? The hypocrisy is truly stunning. This is true fascism,” he tweeted.

McCormack and Messing first called for the black-listing of those in Hollywood who attended an upcoming fundraiser for President Trump on Aug. 29.

“Please print a list of all attendees please. The public has a right to know,” Messing wrote.

“Kindly report on everyone attending this event, so the rest of us can be clear about who we don’t wanna work with,” McCormack tweeted.

The president still plans to attend a Beverly Hills fundraiser next month while on a trip to California.