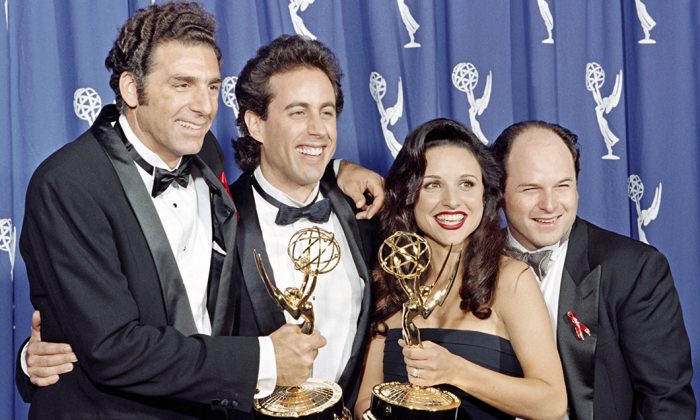 The hit television series Friends is leaving Netflix, prompting the online video streaming service to announce that it had secured an agreement that will let customers watch reruns of Seinfeld.

In the New Year, Friends will stop showing on Netflix and instead show on WarnerMedia’s HBO Max. Netflix confirmed that it has made a five-year deal with Sony Pictures Television to show all nine seasons of Seinfeld starting in the year 2021.

“Jerry, Elaine, George, Kramer, and Netflix,” Netflix said on Twitter. “All 180 episodes of the Emmy Award winning Seinfeld are coming to Netflix—worldwide—starting in 2021.”

All 180 episodes of the Emmy-Award winning Seinfeld are coming to Netflix — worldwide! — starting in 2021 pic.twitter.com/tLvcCKH4vl

As part of the agreement, which was made for an undisclosed sum, Netflix will have exclusive international streaming rights for what is claimed to be one of the most popular television sitcoms of all time.

Seinfeld is thought to be a show without any particular plot other than following the day to day lives of four anxious New Yorkers. The show previously streamed on competitor Hulu since the year 2015. That deal between Hulu and Sony Pictures Television reportedly cost more than $150 million, according to CNN.

Netflix Chief Content Officer Ted Sarandos described Seinfeld as the “television comedy that all television comedy is measured against.” He revealed the show would be remastered for high-definition viewing.

“It is as fresh and funny as ever, and will be available to the world in 4K for the first time,” said in a statement obtained by CNN. “We can’t wait to welcome Jerry, Elaine, George and Kramer to their new global home on Netflix.”

Friends is not the only television series that Netflix has lost in recent months. The service also lost The Office, which will migrate to NBCUniversal’s new streaming service sometime in the year 2021.

Netflix reportedly spent $100 million to keep streaming Friends until the end of 2019. WarnerMedia then spent $425 million to secure the sitcom for its HBO Max service, according to Rolling Stone Magazine. Friends will stream exclusively on HBO Max.

Seinfeld was originally planning to move to HBO Max with Friends after the current contract with Hulu expired at the end of 2020, according to Rolling Stone.

The competitive behavior between companies like Hulu, Netflix, and HBO Max is expected to sway which streaming service loyal fans of the shows will subscribe.