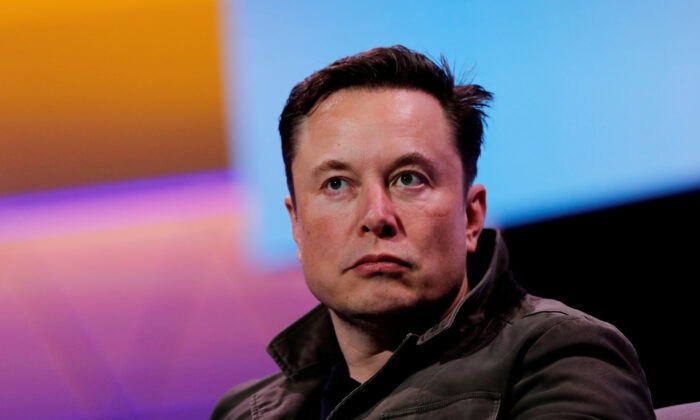 Elon Musk cast doubt over the $80 billion funding boost to the Internal Revenue Service (IRS), which is part of a Democrat-backed economic package passed by the Senate on Aug. 7.

“Seems high,” Musk, the billionaire tech mogul, said in a Monday post on Twitter in response to a report by the Washington Free Beacon. The conservative media outlet found that under a new law, the tax agency would employ more bureaucrats than the Pentagon, the State Department, the FBI, and Customs and U.S. Border Patrol combined.

His remarks came a day after the Democrat-controlled Senate passed a $740 billion health care and climate spending bill, formally known as the Inflation Reduction Act of 2022, which allows the IRS to receive $79.6 billion through the fiscal year 2031 and hire up to 87,000 additional agents. The move, in a bid to increase audits of taxpayers and beef up federal tax revenue, could more than double the agency’s workforce.

“Maybe investment in automation?” Musk added in a follow-up post.

The bill seeks to generate about $700 billion in new revenue over the next 10 years, including $124 billion in IRS tax enforcement, and will include tax hikes on corporations, setting a mandatory minimum tax of 15 percent on those making $1 billion or more annually.

Although Senate Majority Leader Chuck Schumer (D-N.Y.) said the bill will close the so-called tax “loopholes” exploited by big businesses and won’t boost taxes on people making less than $400,000 a year, Republican lawmakers and other critics say the IIRS expansion will cause lower-income individuals and small businesses alike to pay more.

“Democrats under Joe Biden have spent trillions, creating the worst inflation in over four decades, and now their answer to this disaster of their own making is to tax us into a recession,” said Sen. Jim Inhofe (R-Okla.), ranking member of the Senate Armed Services Committee, in a statement after voting against what he called a “radical proposal.”

The Senate approved the bill in a party-line vote of 51–50, with Vice President Kamala Harris casting the tie-breaking vote. The package next goes to the Democrat-led House for consideration, before sending it to President Joe Biden for his signature.