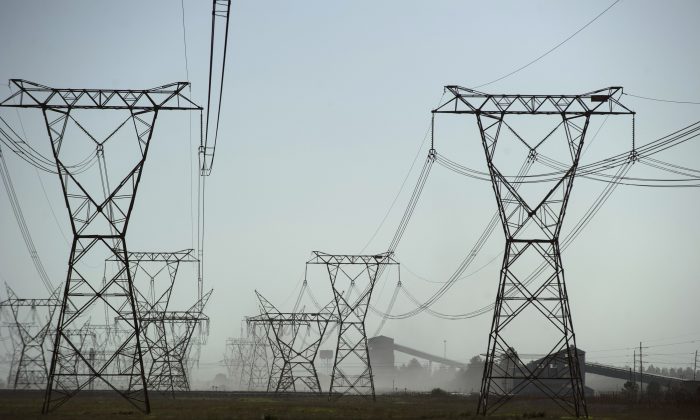 A former Texas state lawmaker is spearheading a campaign against radical environmentalists and powerful international organizations, whose policies keep people in developing nations in desperate poverty and misery by discouraging the development of electricity-based networks worldwide.

Jason Isaac is taking aim at those promoting the scourge of “energy poverty,” which keeps people in underdeveloped countries poor and sick, shaving decades off life expectancies on the African continent and elsewhere by making it difficult for consumers to access electric power for their daily needs.

Isaac represented District 45 in the Texas House of Representatives from January 2011 to January 2019 as a Republican. While there, he was a member of the Energy Resources Committee.

Isaac recently joined the Texas Public Policy Foundation, a non-profit, non-partisan research institute in Austin. At TPPF, he is senior manager and distinguished fellow of the “Life: Powered” initiative, whose mission “is to ensure that Americans understand the connections between energy, prosperity, and freedom.”

The idea of energy poverty itself is a media-savvy, pro-economic growth reframing of an issue in a way that is apparently calculated to put left-wing, anti-growth environmentalists on defense.

An educational video produced by Life: Powered explains the importance of combating energy poverty in the developing world in order to save human lives.

Irfan Ali, chairman of Tharpak Consortium, says that “life in itself without energy is poverty.”

Worldwide, 1.3 billion people do not have electricity, according to the video. Another 2.5 billion have extremely limited access to electricity. This means that 3.8 billion people on the planet—out of the world total of about 7.7 billion human beings—are suffering from energy poverty.

“You’re closing on almost half the population of the world … living in energy poverty and that’s why I say it is the leading problem facing mankind today,” explains Frank Clemente, professor emeritus at Penn State University.

“When we get those people access to electricity,” Isaac told The Epoch Times, “it’s amazing what happens. You get improved air quality.”

“Roughly a million people around the world die every year from respiratory illnesses that are caused by indoor air pollution,” he said. “When you have people that are burning, wood, coal, dung in their homes without any kind of pollution control, their indoor particulate matter is awful and it leads to respiratory illnesses.”

Caleb Rossiter, an adjunct lecturer at American University, explains in the video the harm caused to people in Africa when they don’t have electricity.

“Energy poverty is when you go talk to a grandmother in Swaziland and you realize inside that she’s cooking and lighting and staying warm by a fire of some material in the middle of the hut and you find out from her that the material … is dried cow dung.”

About one billion people live in Africa and only about 25 percent have access to electricity at home, he said. African life expectancy is 55 years, but in the energy-abundant United States and most developed countries, it is about 76 years.

“Why do I say that’s linked to electricity? Because electricity is what you use to clean water. To make sure you can drink the water without getting sick, without your kids getting diarrhea, dehydrating, and dying. Water is why Africa’s infant mortality rate is about 80 kids out of 1,000 born [who] die before their fifth birthday; in the United States, it’s well under 10. Clean water is the holy grail of African health and development.”

But are there people who are actually trying to prevent developing nations’ populations from getting hooked up to an electric power grid?

Sadly, there are many of them, according to Isaac.

There is an untold number of advocacy groups that “are trying to force us to go 100 percent renewable, they mean wind and solar, [but] they don’t talk about the environmental hazards” posed by those methods of power generation.

“We have just been scared to death here in the United States that the world’s going to end in 11 years and 9 months and 20 days because of CO2,” he said, adding that polling shows more than 70 percent of Americans believe the false notion that carbon dioxide, the naturally occurring gas we constantly expel from our lungs in order to stay alive, is bad for plants.

In fact, photosynthesis, the process by which green plants and some other organisms grow, would be impossible without CO2, as schoolchildren used to learn in science class. And the manmade global-warming hypothesis that human-generated carbon dioxide, as opposed to solar activity and other natural factors, is driving supposedly catastrophic climate change lacks monolithic support among the scientific community.

“We are being lied to, and people are believing it,” Isaac said.

There is intense “pressure to be so-called green” and embrace supposedly renewable energy sources like wind and solar power across the globe, Isaac said, and “they’re getting it mostly from the United Nations.”

“It is perceived as free and it’s renewable and reliable when in fact it’s none of those.”

The U.N. “has become this heavy-handed bureaucratic government—and it really is a form of government exerting its control throughout the world—keeping two and a half billion people in poverty.”

The U.N. applies pressure by scoring corporations according to ESG goals. ESG stands for environmental, societal, and governance.

“It’s almost like a credit rating for how you run your business and encouraging people and countries not to invest in those companies that may not meet their ESG goals,” Isaac explained.

The U.N., which controls the World Bank, threatens to withhold money and launch boycotts, he said.

In the United States, the San Francisco-based Bank of the West succumbed to environmentalist pressure and announced last year it would no longer invest in businesses unless they were moving away from fossil fuel exploration.

The decision outraged elected officials in energy-rich Colorado and Wyoming. Wyoming Treasurer Mark Gordon blasted the bank. “The Bank of the West has said they will no longer fund coal, oil, and natural gas projects—key components to the Wyoming economy and Wyoming way of life,” Gordon said. “Well, under my watch, Wyoming investment dollars will not be placed with the Bank of the West.”

American University’s Rossiter, who was the Democratic candidate in New York’s 31st congressional district in 1998, was fired by the left-wing Institute for Policy Studies for questioning the rigid orthodoxy of man-made global warming theorists in a Wall Street Journal op-ed, Investor’s Business Daily reported in 2014. He argued in the column that abandoning fossil fuels in Africa, as international actors are pressuring the nations on that land mass to do, will lead to needless widespread suffering.

But pressure to do the politically correct thing in energy policy is also intense abroad.

Isaac recalled meeting with government energy officials in Myanmar in August 2016 as part of an official trade mission to promote Texas energy.

“The electricity went out three times during our meeting. And we were talking about opportunities for them to utilize Texas natural gas for electricity generation. They were more interested in talking about wind and solar.”

This undue emphasis on wind and solar power hurts non-Americans and Americans alike.

In Texas, “we heavily subsidize the production of wind and solar electricity … [and] we’ve actually seen where wind producers are paying the grid to take their electricity,” Isaac said.

Federal and state subsidies are taking their toll on the grid, leading to decreased investment in clean coal technology, he said. “Why would anybody invest in new coal or natural gas or nuclear generation when you’re competing against someone that’s paying their customers to take their product?”

As a result, reserve margins of electricity in Texas are “dropping dangerously low,” he said. The normal margin is about 12 percent to guard against the arrival of extreme cold or extreme heat but the current margin in the Lone Star State has fallen to around 7 percent “because we’re just not seeing investment in new power generation.”

If the reserve dips too low during a hot summer or a bitterly cold winter, “the power will start going out and that’s when people will immediately go back into poverty.”

This is what is happening right now in Venezuela “where they just don’t have access to electricity and they’ve been without power for days,” he said. “The last thing we need to be doing is having policies that replicate what’s happening in Venezuela.”