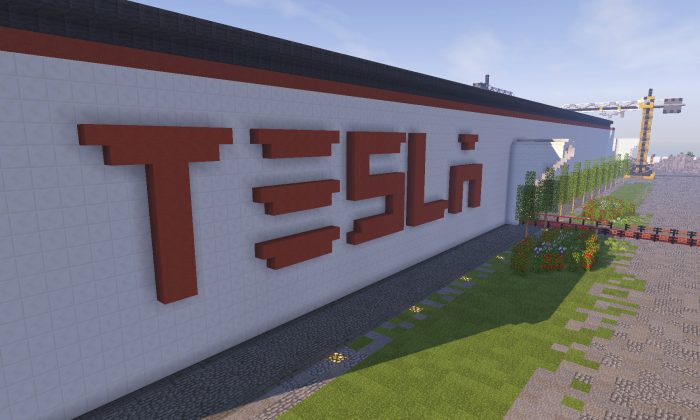 A scene from a video game featuring a Tesla gigafactory taken on Feb. 4, 2017. (Darius Kniuksta via AP)
Business & Economy

VILNIUS, Lithuania—Lithuanians badly want Tesla Motors to build its next giant factory on their soil, so to grab the attention of the California tech company they built a virtual version of a facility inside the “Minecraft” video game.

Vladas Lasas, who was behind the project, says they wanted to send a message to Tesla CEO Elon Musk that Lithuania “has plenty of skillful” people as well as a perfect factory site. He said Saturday that 41 computer geeks spent two days building the virtual factory in Kruonis in central Lithuania near a hydroelectric plant and two airports.

Tesla tweeted Friday: “Lithuania knows the way to our heart.”

No date has been set for the announcement of where the factory—estimated to cost 5 billion euros ($5.4 billion)—will be built.