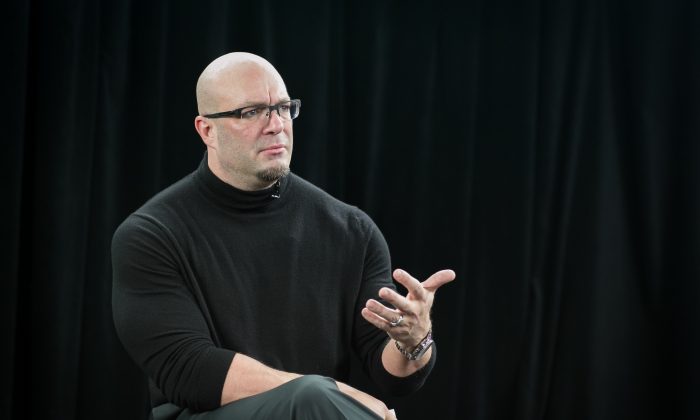 Seeing Through the Narrative Illusion

Media is no longer isolated to a single country or region. A person in Iran can publish a video online that will be visible to the outside world, and even a casual statement on Twitter is broadcasted globally.

The reach and power of media has not gone unnoticed, and major players including governments, intelligence agencies, big businesses, and special interest groups are utilizing tactics of psychological warfare to frame ideas and concepts to create a controlled, collective perception through media.

To better understand this situation, and the methods at play, I spoke with James Scott, a cybersecurity and information warfare expert who has advised congress and the Intelligence Community on this topic and helped build the Institute for Critical Infrastructure Technology’s Center for Cyber Influence Operations Studies.

Psychological warfare aims to change the way people perceive information. This is done through a variety of methods, including forming false conclusions on otherwise true information, using images to manufacture perceptions of issues, or using different forms of news articles or propaganda to create residual emotional memory connected to a targeted issue.

According to Scott, the psychological warfare operations of most major powers have turned digital, yet the United States has lagged behind in this field.

“Everybody else gets it except for us,” he said.

In today’s society, the dynamics of allegiance have shifted. Scott described the state of modern society as being a place of “digital tribes” led by “chieftains” of various ideological slants.

In the midst of all of this, as allegiances are being shaken, foreign powers and groups interested in pushing various agendas have stepped into the growing rift. Many groups are fighting an ideological war.

Much of this ties back to communist movements and student radicals who went on to form various advocacy groups for issues that now permeate society.

In the Vietnam War, the Vietcong declared that they fought two wars: one of bullets and one of words. By winning the war of words, they said, they won the war.

The Soviet Union, meanwhile, pushed various tactics of ideological subversion, based on destabilizing societies by attacking public perceptions of all institutions that make societies function, and by infiltrating these institutions to destabilize them from within and further this agenda.

Even in today’s Chinese Communist Party, these same tactics continue. A document was leaked recently that was issued to mass media from its censorship authority, the State Administration of Press, Publication, Radio, Film and Television (SAPPRFT). It details internal rules on how Chinese historical figures can and cannot be portrayed, and which information can and cannot be presented.

The standards are designed to maintain the illusion created by the Chinese regime through its various movements such as the Cultural Revolution, which destroyed Chinese history and culture to implement the communist system currently in power.

All of these systems played by a simple principle, that if interpretations of history are altered, people’s interpretations of their values are altered. Those whom the regimes successfully brainwash can then be mobilized to terrorize the broader public—to agitate the incumbent ideas of a society and destroy them from within.

According to Scott, this is where memetics come into play in today’s movements of psychological warfare. The concept of memetics is around how an idea can be introduced to a society, how that idea will change over time, and how it will eventually impact the culture.

“These days it’s not just communist revolution,” Scott said, noting that in today’s world even big business, advertising firms, and special interest groups have learned from the subversive tactics of communist movements, “and they’ve adopted these tactics for their own uses.”

Even the advertising space, he said, “is based on propaganda and psychological warfare.” This ties to the works of Edward Bernays, whose 1928 book “Propaganda” formed the concept that the public was little more than an irrational mass with herd instinct and created tactics still being used by advertising media and by governments.

Scott said that Bernays introduced this idea of “consumer fetishism,” and “used propaganda to weaponize the psychology against the self.”

When the full situation of the world is viewed, and all the moving parts are seen each trying to alter public perception, desire, and psychology for their own purposes, Scott noted, “It’s depressing to think about, but you try to be positive.”

At the same time, he noted there is a quiet awakening now taking place, and people are beginning to see the various tricks at play by political slant, fake news media, and special interest manipulation.

“I think we’re experiencing a renaissance of sorts when it comes to thinking,” Scott said.

He compared the trajectory of this shift to what’s also been taking place in the surface fields of technological development, where the continued expansion of automation and similar technologies are beginning to take the jobs of blue collar workers, which if it continues could lead the world into even greater divides between the wealthy and the poor.

“You’re going to have the same thing with psychology now,” Scott said.

“You’re going to have people that take a proactive approach to not giving into the normalization of the abnormal and the narrative illusion,” he said. “But then you’re going to get people that just aren’t aware, and they just get left behind.”