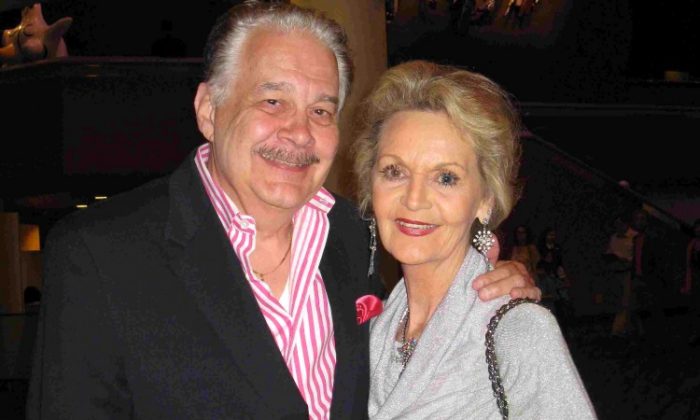 LOUISVILLE, Ky.—”These are world class dancers,” said Tom Strosberg, referring to the Shen Yun Performing Arts New York Company’s presentation of 5,000 years of traditional Chinese culture. He and his wife, Linda Strosberg, were in the audience at the Kentucky Center for the Performing Arts on May 1.

Shen Yun’s mission is to revive the ancient Chinese true, traditional culture. A culture almost completely destroyed by communist rule, particularly during the Cultural Revolution. Based in New York, Shen Yun is the world’s premier classical Chinese dance and music company, completely independent of the Chinese Communist Party, and is free to portray traditional culture, its values, stories and history.

“It’s inspiring to know that they are keeping this [traditional culture] alive. They are not letting this tradition die. And I wish more American young people could see the graceful movements, the beautiful choreography,” said Mr. Strosberg, a marketing director.

“We thought it was absolutely wonderful. The movement, color, costumes, and everything; it was just wonderful,” said Mrs. Strosberg, a retired accounting supervisor.

Mrs. Strosberg enjoyed the femininity of the female dancers.

Her husband explains: “The femininity of the women, because it’s inspiring I think. And I am awed by the beauty of the whole presentation. It was just absolutely beautiful.

“I told my wife as we were leaving, I said, ‘You leave and you feel very relaxed; like you’ve been therapeutically cleansed.'”

His wife adds, “I tell you what I am leaving with, is the sense that people all over the world are the same. All over the world, we have the same basic needs and feelings, and that’s what that brought to me. It was beautiful; we enjoyed it.”

“The music was spectacular,” said Mr. Strosberg. “They were wonderful, and again this was world class music. I’m so glad we had the opportunity to see it here. I’m so glad it came to Louisville. Thank you.”