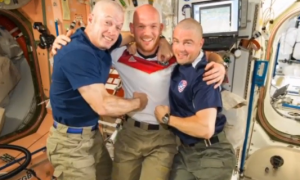 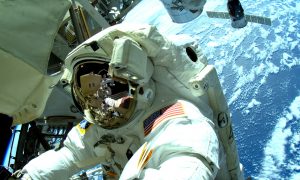 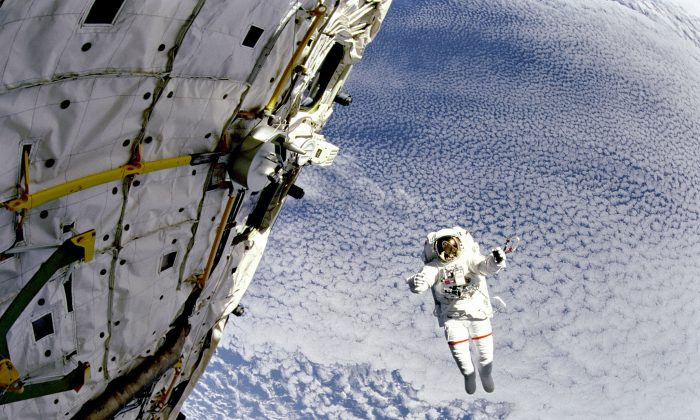 People who have seen Earth from space report a “cognitive shift in awareness.” Space philosopher, Frank White, calls this “the overview effect.” It is often experienced as a profound feeling of awe and interconnection, and a renewed sense of responsibility for taking care of the environment.

It’s important to explore and understand the mental health benefits of space flight not only to extend our knowledge of how to improve psychological well-being on space missions, but also to see if we can use positive aspects of this experience back on Earth.

My psychology doctoral research explored how the overview effect might have therapeutic value—and I interviewed seven retired NASA astronauts.

All the participants said the experience was awe inspiring and helped them form a more significant, lasting and positive emotional attachment with their home planet.

The analysis revealed that the participants clustered into two groups based on the intensity of the changes they experienced in terms of both attitude and behavior. It appears that distance made the heart grow fonder—that is to say, the physical separation from “mother Earth” helped them appreciate the beauty of life and created a stronger bond to the planet.

Past research has suggested that being apart from Earth can cause separation anxiety, also known as “break-off phenomenon.” However, this state might also solidify the astronauts’ attachment and dependence to Earth. From the vantage point of space, divisions and boundaries could not be seen and were pointless. Earth was seen as a “living bio-sphere” and as a “fragile oasis” harboring and cocooning life in unlikely circumstances in the void of space.

The astronauts orbited earth 16 times every 24 hours and became more familiar with its topography and landscape. Some of the participants commented how they were initially drawn to man-made structures such as bridges, roads, harbors, and cities at night. But Earth’s raw beauty really came alive during daylight. Once they had bypassed the “superficial” features of the planet, they were overwhelmed by how fragile and alone Earth looked in space. They were also shocked by the sight of humankind’s impact on the planet, such as deforestation and pollution.

One of the astronauts, Ronald Garan, spoke of the “sobering contradiction between the beauty of the Earth and the injustices and unfortunate realities on it.” This contradiction appears to have evoked a state of tension in some of the astronauts that psychologists refer to as “cognitive dissonance”—the stress or discomfort experienced when holding contradictory beliefs, ideas, or values.

Another key theme that arose was that some of the astronauts were puzzled by the fact that feelings of insignificance were not triggered. On the contrary, feelings of significance were reinforced. One explanation for this unanticipated outcome might be that the astronauts felt deeply connected to Earth and so part of something much bigger and more meaningful than their mere selves.

They thought it was extraordinary that our planet was in the “goldilocks zone” in our solar system, harbored life and existed at all. They developed what might be called a “cosmic consciousness” which appears to have strengthened their resilience when facing problems and existential challenges back on Earth.

All the participants were more reverent toward their home planet. They came back more geared towards solidarity and less towards individualism. Their inclinations to promote and act on common goals such as environmental issues were strengthened. The experience resonates with them all today and they continue, years after their return, to make sense and draw from it.

Meanwhile, Back on Earth

The future mental health demands of a population that is growing rapidly, ageing and increasingly feeling more detached, need to be discussed and addressed. If the view of Earth from space can induce feelings of calmness, significance and even euphoria maybe we should consider how we can recreate and use aspects of it in novel ways back on Earth.

Psychologists could use images of Earth from space, via virtual reality simulations or video footage, as a therapeutic tool to promote well-being, diminish stress, or even relieve distress at the end of life. The United Nations is already using virtual reality as a powerful empathy machine and storytelling tool for fundraiser events to highlight some of the most pressing global challenges, including the Syrian refugee crisis and climate change. Counseling psychologists should follow in their footsteps.

Annahita Nezami is a researcher at City University London. This article was originally published on The Conversation.