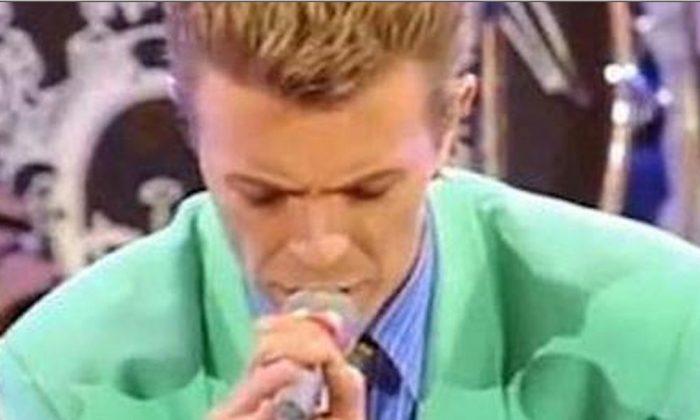 During the Freddie Mercury Tribute Concert in 1992, following the death of the Queen singer, David Bowie (who collaborated with Queen to produce “Under Pressure” in 1981) and other musicians held a tribute concert. In the words of Queen guitarist Brian May, “Well, we should give him an exit in the true style to which he’s accustomed.”

Tickets to the show, which occurred on April 20, 1992, sold out in only a few hours, which was before any of the artists and remaining Queen members were confirmed to appear.

Bowie chose to sing “Heroes,” accompanied by Mick Ronson on guitar. Now, following, Bowie’s death on Monday, many are remembering the singer on YouTube. Between songs, Bowie got on one knee and recited “The Lord’s Prayer” at the Wembley concert, which is is sure to inspire awe:

“He didn’t do that during rehearsals,” May later said.