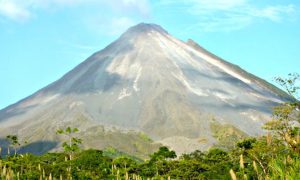 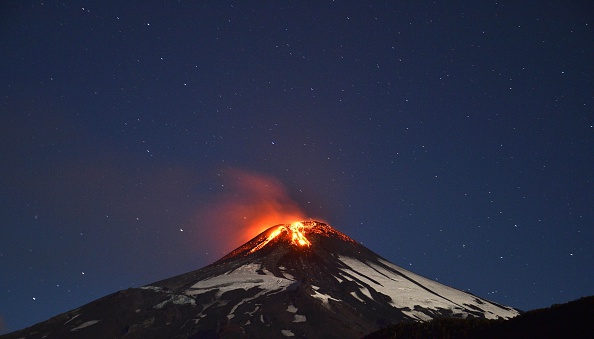 Picture of the Villarrica volcano, located near Villarrica 1200 km from Santiago, in southern Chile, which began erupting on March 3, 2015. (ARIEL MARINKOVIC/AFP/Getty Images)
Americas

A volcano has erupted in southern Chile on Tuesday, forcing the evacuation of thousands of locals in the area. The Villarrica volcano, which is one of the most active in South America, erupted at approximately 3 a.m. local time, Chilean officials said. Photos showed the volcano shooting flames into the sky.

The volcano is located approximately 400 miles south of the capital, Santiago. It’s located above the city of Pucon, which has about 22,000 residents.

“It was the most amazing thing I’ve ever seen,” Australian tourist Travis Armstrong told The Associated Press.

“I’ve never seen a volcano erupt and it was spewing lava and ash hundreds of meters into the air. Lightning was striking down at the volcano from the ash cloud that formed from the eruption.”

The Guardian reported that government planes attempted to fly over the crater to gather data during the 20-minute-long eruption.

Officials are worried the lava and heat from the eruption could melt nearby glaciers and snow, which may cause mudslides. The Rio Turbio river was said to have risen about 15 feet, said the paper.