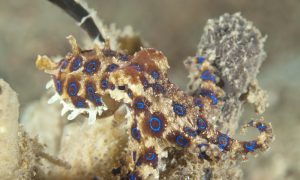 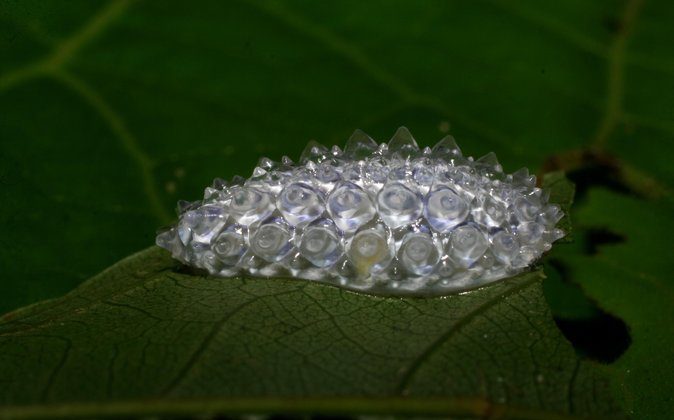 When we hear the word “insect,” it’s more than enough to trigger unpleasant memories for some and a few shudders for others. However, not all insects are as nasty as we think they are. Surprisingly, beautiful insects do exist and we all have Mother Nature to thank for that.

It may look like an expensive jewel encrusted broach, but the Jewel caterpillar is indeed a type of insect.

Little is known about these translucent crawlers besides its place under the Dalceridae moth family as Acraga coa.

As of today, biologists aren’t sure why these particular insect species are colorful but they suspect it as a defense mechanism to avoid predators. However, insect biosystematist Marc Epstein states otherwise. According to a Scientific American article written by Ferris Jabr, Epstein and his colleagues conducted experiments to see what effect the larvae had on its predators when they were put together on a petri dish—in this case, the predators were ants. They later found that the glutinous gumdrop-shaped spines, which can break off easily, caused the ants to back away from the caterpillar without attacking it. The ants that took a bite of the larvae’s jelly coat found their mouths temporarily stuck. Surprisingly enough, the jelly coat is found to have no presence of toxic chemicals.

But the most bizarre quality of this species is the transformation. When the larvae emerge from their chrysalises as moths, their crystal bodies turn furry and display a vibrant orange.

The jewel caterpillars can be found in Cancun, Mexico.

Known for their vibrant pink and yellow color and fuzzy looking antennae, this moth is easily a gorgeous insect.

Their diet consists of various maples such as the Red Maple, Silver Maple, and Sugar Maple, although it is said that adults do not eat.

They can be found in the eastern side of North America and are common around the first third of the night as they are nocturnal creatures.

The Madagascan Sunset Moth is a colorful member of the Uraniidae family—a moth family known to possess toxic yet bright colors as a warning for predators. It is also known as one of the most impressive and appealing species of its kind, thus achieving popularity worldwide.

The wingspan of the sunset moth typically ranges from 7-9 centimeters (cm) although some have wingspans up to 11 centimeters (cm). Due to their colorful wings and tails, the moths are commonly mistaken for butterflies—especially swallowtails.

Their wings are black with iridescent red, blue and green markings. They have six tails and possess a fringe of white scales on the wing edges. The moths have pattern variations and are often partially asymmetrical.

Due to its majestic appearance, the native Malagasy people name the Madagascan Sunset Moth Adriandolo or Lolonandriana, which stands for “noble butterfly,” “noble spirit,” “king butterfly” or “king spirit.”

The Psychidae, or bagworms are members of the Lepidoptera family (family of butterflies and moths) and are found all over the world.

The bagworm family is relatively small with 1350 identified species. Male bagworm moths have transparent one-inch wingspans, have feathered antennae and are black and hairy. Female bagworm moths however, are wingless, legless and yellow-white in color.

Perhaps the most intriguing quality of this species are their habits of building protective cases to hide, hence their names “bagworm,” “bagmoths,” and “case moths.” The unique cases are made with silk and environmental materials including sand, soil, lichen (fungus) or plants and are found either moving or attached to rocks, trees, or fences when resting. The bagworm cases range in size depending on the species and can grow from less than 1 centimeter (cm) and all the way to 15 centimeters (cm).

The domesticated silkmoth is an insect species known for being the primary producer of silk. As domesticated silkworms, the species is dependent on humans for its reproduction and grows feeding mainly on white mulberry leaves.

Despite having wings, domesticated silkmoths lose their ability to fly when they go through the adult phase of the cycle. They have wingspans of 3-5 centimeters (cm) or 1.2-2.0 inches (in). Because they do not have mouths, the adult silkmoths are unable to eat and will instead live off of its stored fat for the remainder of their lives.

While both females and males share the same white and hairy appearance, female silkmoths are two to three times bulkier than male silkmoths.

The Glasswinged butterfly is a member of the Nymphalidae family (medium to large butterflies) with a wing span of 5.6-6.1 centimeters (cm).

The butterfly is known for its transparent wings that the Spanish name them “espejitos,” or “little mirrors.” This is due to the glass-like texture shown in the tissue between the veins of its wings. The opaque borders around the butterfly’s wings are mostly dark brown and sometimes tinted with orange or red.

The adults are assumed to be toxic due to the flowers the males consume and convert into pheromones to attract females.

Glasswinged butterflies can be found flying from Mexico through Panama and Columbia as well as Florida.