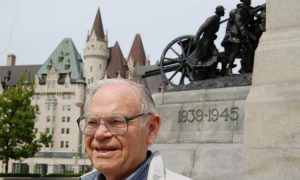 See Collection of Sobering Hiroshima Photos in One Place

At 8:15 a.m. local time on August 6, 1945, a blinding light flashed above the 7th largest city in Japan. An instant later people heard an earsplitting explosion. A searing blaze flashed through the streets of the commercial center, instantly turning people into ash.

Then the shock wave came, ripping through buildings as if through sugar glass, like an invisible tsunami obliterating all in its way as far as one could see. In a matter of seconds, the city of Hiroshima was virtually gone.

Then, out of the rubble of absolute destruction, hundreds of fires emerged, unleashing a burning vortex. With the ominous mushroom cloud lingering above the city like a sign of death, only the cracked walls of a cathedral, a steel dome of an exhibition hall, and a few other earthquake-proofed buildings peaked out of the desolation. With clouds too thick for sun to penetrate, the land fell into darkness.

Some 500 miles north-east in Tokyo nobody knew. Communication with Hiroshima went down and there was no official confirmation of what happened. A young officer of the General Staff was instructed to fly to Hiroshima, survey the situation, and return to Tokyo. But he didn’t return. He reached the city in the afternoon. It was still burning. He landed in the south, sent a message to Tokyo, and stayed to help with the relief work.

Around midnight in Japan, a public announcement came from the White House and so the Japanese leadership for the first time officially learned that the United States struck Hiroshima with an atomic bomb.

A full account can be read in the report compiled by the Manhattan Engineer District of the U.S. Army which was released on June 29, 1946.