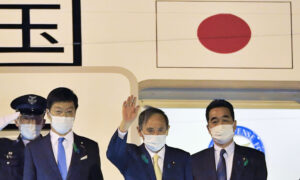 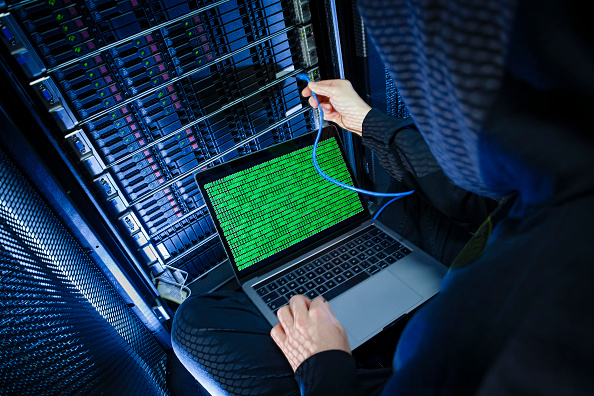 Symbolic photo with topic online crime, data theft and piracy: A man poses with a laptop showing a binary code in front of Server racks in a server center on January 12, 2018, in Berlin, Germany. (Thomas Trutschel/Photothek via Getty Images)
China-US News

State-backed Chinese hackers have increased attacks on U.S. companies in order to obtain information related to bid prices, contracts, and acquisitions—allowing Chinese firms to gain business advantages, according to a new report by computer security firm FireEye released on April 11.

The FireEye report did not identify victims or provide the number of attacks.

In an interview with New Tang Dynasty Television, sister media to The Epoch Times, Zhang Jian, a U.S.–based researcher on China issues, said that stealing tech innovations has been part of the Chinese regime’s plan to upgrade from a “manufacturing powerhouse” to a “manufacturing superpower” by 2025—as outlined in the “Made in China 2025” economic plan released in 2015. “However, it will face enormous bottlenecks in the field of intellectual property. The cost of developing science and technology is enormous. So the regime wants to steal and use shortcuts to strengthen its power.”

Bryce Boland, chief technology officer for the Asia Pacific at FireEye, told Bloomberg News that acquiring foreign companies would be another way for the Chinese regime to gain access to proprietary technology. “Rather than stealing intellectual property and potentially devaluing it, buying the company at a good price may be another way to get access to the intellectual property and maintain the economic value,” said Boland.

Over the years, the Chinese regime has repeatedly employed hackers to attack the United States. For example, in June 2015, Chinese hackers breached the computer system of the American federal government’s Office of Personnel Management, compromising the personnel data of 4.2 million federal employees.

A month later, in a related attack, the social security numbers of 21.5 million people were stolen in a massive breach of government computer systems.

In March 16, FireEye released a report revealing that the Chinese regime had launched attacks to steal U.S. military secrets concerning the South China Sea—where China is engaged in territorial disputes with a number of Asian countries.

“From what we observed, Chinese state actors can gain access to most firms when they need to,” Boland said in a March interview with the Singapore-based newspaper Straits Times. “It’s a matter of when they choose to and also whether or not they steal the information that is within the agreement.”

“When state-controlled hackers attack another country and steal information—whether that should be considered an act of war is still a debatable topic in Western countries,” Zhang said. But that often gives authoritarian regimes like China a loophole to attack other countries, he added.