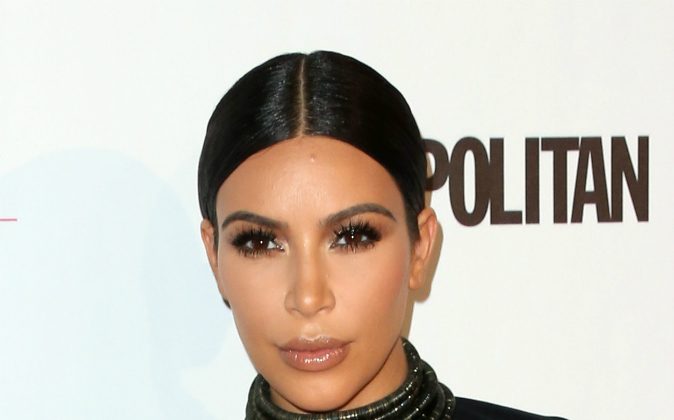 Security footage of the night Kim Kardashian was robbed of millions of dollars worth of jewelry has surfaced, showing the moment the alleged suspects approach her rented Paris home.

France’s M6 News published the video on Oct. 20—the day before Kardashian’s 36th birthday—which showed three alleged bandits wearing reflective vests bike towards the house Kardashian was staying in at around 2:19 a.m. on Oct. 3. Nearly 15 minutes later, the trio were followed by two men on foot.

At 3:07 a.m., the two pedestrians can be seen walking by again, this time in the opposite direction and at a faster pace. One minute later, they are followed by the two cyclists, and just a few seconds later, the third cyclist appears on screen. The third cyclist lags behind and appears to have a bag attached to the left handlebar.

The men, who have not been identified as suspects, were captured on a side-street camera leading up to the private residence, often frequented by celebrities.

While the black and white footage gives an idea of what transpired before and after the heist, the concierge at the hotel offered a glimpse into what happened once the five armed men entered the home in an interview with Mail Online.

Abdulrahman—who only wanted to be identified by his given name—said three men in police gear approached the entrance of the luxury hotel and he was under the impression they were real police officers. However, when they inquired about whether or not the building had surveillance cameras he knew it was a robbery. When the men asked where they could find “the wife of the rapper,” Abdulrahman said he tried to mislead the bandits with information, but ultimately led them to Kardashian’s apartment after they threatened to kill him.

“I went up to the apartment with the robbers. I was tied up in the first minutes, with handcuffs. I was in the room of Kim Kardashian,” said Abdulrahman. “One was attacking her, the second one was with me. I saw Kim being pulled out of bed.”

Abdulrahman confirmed that Kardashian pleaded for her life, citing that she was the mother of young children, as was previously reported. He said he served as a translator between the thieves and Kardashian.

The armed men left with a reported $11 million worth of jewelry—including Kardashian’s Lorraine Schwartz engagement ring, $1,000 in cash, and a cell phone.

After the ordeal, Abdulrahman said he was freed by Kardashian’s bodyguard, along with her driver. He said he again served as an interpreter between the authorities and Kardashian as she gave a statement of the harrowing event.

Abdulrahman said Kardashian embraced him before she left the country on a private plane to New York City. Kardashian hasn’t made any public appearances since the incident.

The investigation into the burglary continues.