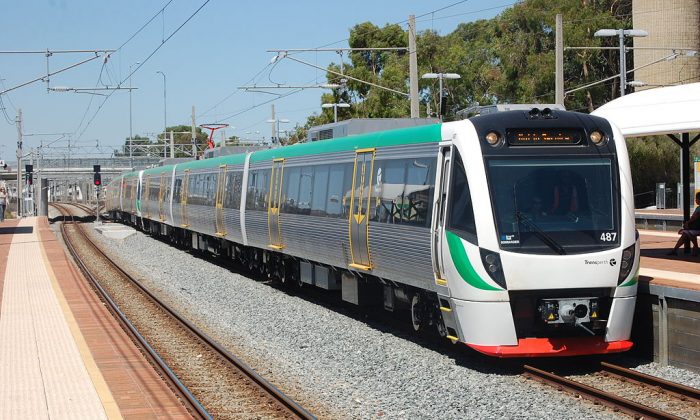 The Western Australian Labor government has been criticised for dismissing security concerns by awarding a A$136 million ($101 million) contract to the controversial Chinese telecommunications company Huawei.

The news that the lucrative contract had been won was first released by the Huawei itself in a news release on July 6. The telecommunications giant is in a joint venture with Sydney-based UGL to build a 4G communications network across Perth’s train network, including the yet-to-be-completed Forrestfield Airport Link twin tunnels.

Western Australian (WA) opposition leader Mike Nahan said the awarding of the contract to the Chinese company, which is believed to be linked to the Chinese Communist Party (CCP), has raised significant security concerns.

“There are serious strategic issues related to this contract,” the opposition leader said, reported ABC.

Nahan said the main security concern is that the project, which will initially stand alone, would be integrated with data from emergency services within one year, which would create “serious strategic issues with Huawei’s ownership and operation of that facility.” He also believed the contract was awarded on a cost basis.

The deal comes about a month after several federal MPs called for Huawei to be barred from taking part in the roll-out of the nation’s 5G mobile network. Multiple sources in the intelligence community told the ABC that the company is considered a cyber espionage risk to critical infrastructure.

In response, Huawei lobbied against concerns to allay the federal government about worries that the company’s links to the CCP’s intelligence services pose a security risk. John Lord, chairman of Huawei’s Australian unit, said he believes “banning Huawei will not make the Australian telecom ecosystem safer.”

The company was previously banned in 2012 by the former federal Labor government from participating in the National Broadband Network, reported The Australian.

Security concerns have also led the federal government to promise hundreds of millions of dollars to ensure Huawei did not build an internet cable between Australia and the Solomon Islands.

Bill Marmion, shadow minister for mines and petroleum and defence issues, echoed the WA Liberal Party leader’s worries, saying that the awarding of the “contract is a serious error judgement.”

“The awarding of this contract is a serious error of judgement by the McGowan Government from a strategic security perspective, as well as from a local content perspective,” Marmion said in a tweet on July 8.

“This contract could have gone to a WA company, it is rank hypocrisy from Labor to outsource it overseas.”

However, WA Premier Mark McGowan said there were no Australian companies who participated in the bid.

“This has been an open tender process and the winning tenderer provided the best service,” McGowan told reporters, reported AAP.

He also rejected claims that there were any security concerns.

“We sought advice from the federal government, from essentially federal security agencies on two separate occasions about whether or not there was any security issue whatsoever,” he said, reported ABC.

“And the federal government advice is there was no security issue whatsoever involved in this decision.”

Prime Minister Malcolm Turnbull confirmed the WA Government had consulted the Department of Home Affairs before awarding the contract.

“The decision to award the contract is obviously one for the WA Government, but we don’t go into security dimensions in any more detail than that,” Turnbull said.

Huawei, the world’s largest maker of telecommunications network equipment and the No. 3 smartphone supplier, has also been shut out from the giant U.S. market due to similar concerns that it is a trojan Horse for the Chinese Communist Party.

The company was targeted by a U.S.-China Economic and Security Review Commission report, which was released in April, that said the company has extensive ties with the Chinese Communist Party. Ren Zhengfei, the founder of the company, was a former officer in the People’s Liberation Army (PLA). He continues to run the company today.