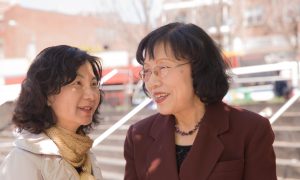 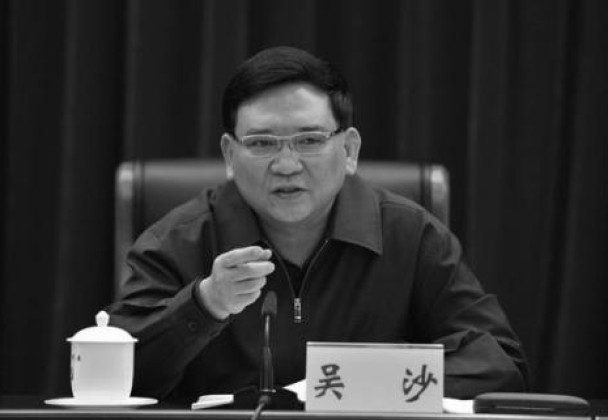 Wu Sha, former security boss in Guangzhou, has been expelled from the Party. (Oriental Net).
China

Wu Sha, the former head of the Chinese regime’s security committee in the southern city of Guangzhou, has been formally purged.

In a statement on Feb. 26, China’s anti-corruption agency, the Central Commission for Discipline Inspection, announced that Wu had been expelled from the Party for a litany of misdemeanors: “serious violations” of political discipline, engaging in “indecent relationships,” illegally enriching others, partaking in sex-for-money deals, and gambling with a fake ID.

Wu had a career spanning over 30 years in the Chinese regime’s security system. Wu transferred to Guangzhou City’s public security bureau in 1984, and was appointed head in September 2005. In a little over a year, Wu was promoted to higher offices—Party secretary of Guangzhou’s Political and Legal Affairs Commission (PLAC), and Standing Committee member in Guangzhou’s Party committee. The PLAC controls the Communist Party’s legal, security, and prison systems.

During Wu Sha’s time heading key offices in Guangzhou, he also oversaw the torture and abuse of Falun Gong practitioners in brainwashing centers.

Practitioners of Falun Gong—a self-improvement practice that involves meditative exercises, as well as moral teachings of truthfulness, compassion, and tolerance—have for the past 16 years been targeted by the Party for persecution.

Since former Party chief Jiang Zemin gave the order to “eradicate” Falun Gong on July 20, 1999, large numbers of practitioners have lost their jobs, over 3,900 have been killed, and hundreds of thousands of others incarcerated in the regime’s prison system, according to incomplete data from Minghui.org, a clearinghouse of information about the persecution of Falun Gong. Researchers say the regime is responsible for harvesting organs from living Falun Gong practitioners, killing them in the process, and profiting from the sales.

While detained at Sanshui Brainwashing Center in 2010, Zhang Fengqian, a professor of ancient Chinese philosophy at Sun Yat-Sen University in Guangzhou, was subjected to brainwashing so rigorous that his mental facilities were impeded.

Another Falun Gong practitioner detained at the brainwashing center said over twenty people monitored Zhang during the day, and at night, they would tie his arms and feet to the corners of a bed. Zhang was forced to remain face down, spread-eagle, until his captors unbound him the next day.

Staff in the brainwashing center made Zhang watch videos and read books that defame Falun Gong to force him to give up the practice, and instead swear allegiance to the Communist Party.

Zhang was released in July 2011, but was again detained some time after, according to a December 2011 Minghui report. His current whereabouts are unknown.

Another prominent case is that of Deng Fangchen, a Hunan native who ran a leather furniture design business in Guangdong Province. She was first arrested in January 2010, and spent time in a detention center before being secretly transferred to the Guangzhou Brainwashing Center. Later, officials from the local 610 Office, an extralegal, Gestapo-like organization created expressly to persecute Falun Gong, closed her shop and forbade her landlord from leasing to her.

Deng went on hunger strike to protest her abuses. Detention center guards tied her to a chair and force-fed her through a tube inserted down her nostril. Deng was forced to lie in her own feces when she soiled herself because she wasn’t allowed to use the bathroom.

According to Minghui, Deng is currently illegally imprisoned at Guangdong Women’s Prison.

In Guangzhou, 5 practitioners were killed during Wu Sha’s tenure, according to incomplete data from Minghui. There were 26 verified cases of death and 2,591 cases of persecution in the whole of Guangdong province.