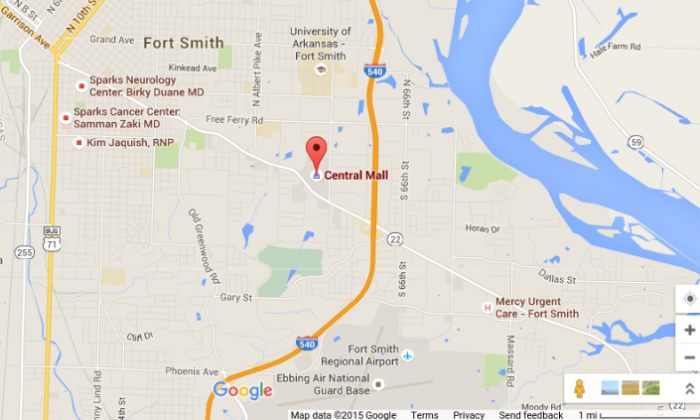 Security at a mall in Arkansas escorted a Muslim couple from the premises after they recorded video without approval.

The recording at Central Mall in Fort Smith was breaking mall policy because people need approval before doing so. Alan and Daphne Crawford were wearing traditional garb while recording, prompting bystanders to report them to the security over the weekend.

“I had two unknown subjects come up to me and advise me that a male subject wearing a thobe was video recording everyone in the mall and he was video-taping the entrances of several stores,” stated officer Anthony Cox in the police report, which was obtained by 5News.

“It’s sad, really.” A local Muslim couple spoke to Jo Ellison about the incident in which they were escorted out of Fort Smith’s Central Mall over the weekend.

A police officer soon arrived and asked Crawford for identification.

“He informed me that he needed me to lift up my thobe in order to obtain my ID. What crime I committed, I don’t know,” he said. “I wasn’t aware that police officers show up five at a time to enforce mall law. If you want me to leave, I will leave happily.”

The officer apparently got angry when Crawford wouldn’t stop behaving as if he were recording. Crawford claims he was only recording audio at that point, though the police report notes it appeared he was still recording video.

“I audio recorded the police officer and held my camera in the manner that would lead him to believe that I did video tape while he screamed at me and told me that ‘I can confiscate your phone’. You can’t confiscate my phone for mall law. I violated mall law ok? Which wasn’t even clearly posted,” he said.

Cops escorting terrorists from the mall.

After people in the mall shared pictures of Crawford and his wife, some of them as well as others who weren’t at the mall started accusing them of being terrorists–but Crawford says they were only there to shop, although he didn’t explain why he was recording.

But after the incident and a flyer spreading around about the couple, they plan to leave the area soon.