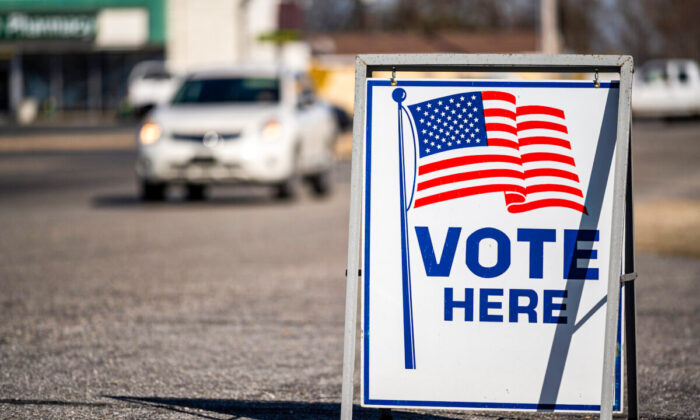 I’ve dedicated myself to learning about the voting process in the United States ever since I lived through the disastrous Virginia elections of November 2019.

The outcome for my specific House of Delegates race didn’t make any sense. I wanted to find out more and understand the true mechanics of how U.S. elections are conducted. I’m retired from the U.S. government, and I’m quite familiar with federal statutes, guidance, policies, and other federal matters, but I’ve really ignored matters below the federal level. I’ve learned a number of things since 2019.

First, there’s actually limited U.S. law on the conduct of elections. The preponderance of the law, guidance, and responsibilities in regard to the U.S. voting process reside at the state level and are really executed at the county level.

The foundation of the U.S. election process and, therefore, the Republic, is the county. There are roughly 3,140 counties or county equivalents in the United States and roughly 120 more in the U.S. territories.

I spent an entire career in uniform and civil service at the federal level facing outward and protecting the United States from external threats. The 2020 election, however, turned my world upside down. Like it or not, if the election process is questionable at the county level, it won’t get better as the results move upward to be certified. Many weren’t happy with Vice President Mike Pence’s actions on Jan. 6, 2021, but the reality is, if the certified votes from the counties are in question, they must be addressed by citizens in that county.

The 2020 Election Chaos Started at the County Level

Out of the 3,100 or so counties and county equivalents, much of the questionable conduct regarding elections resides in approximately 50 counties across the country. Many of these have become well known (or infamous), such as Maricopa County, Arizona; Fulton County, Georgia; Buck County, Pennsylvania; and so on.

As I’ve broadened my understanding of voting in the United States beyond my own county through training seminars with hundreds of activist groups across the country, there has been one consistent data point: election issues at the county level.

What I’ve further found is that all counties or county equivalents across the nation, although operating with substantively different state constitutions and state laws (and even within the same state there’s potential latitude to structure and operate differently), there are seven common functions consistent across U.S. counties. All seven of these governance “centers of gravity” (the Clausewitzian meaning), as I call them, are the key touchpoints for citizens of our counties.

Citizens must know, in detail, the roles, missions, and charters for these seven centers of gravity. Citizens must tirelessly read state law, especially election law; show up at all meetings; speak passionately and intelligently at all open mic sessions; and become “Loudoun County parents” to relentlessly reassert control over their county processes.

Many instinctively shout, “Precinct Project” when I talk about the seven centers. The Precinct Project is wonderful, but it’s focused on changes to a political party, which is outside the seven centers of gravity. Everything in our constitutional republic begins with U.S. citizens getting off the couch and apportioning some of their valuable time to ensure that their voices are heard in these seven critical functions.

Nothing Else Matters but Your County

Many Americans are tired, angry, frustrated, or mobilized for action over the November 2020 election. All energy, attention, and action must be focused by citizens on the seven centers of gravity to address November 2020 and all matters in the future. Getting angry on social media is nothing but a drag coefficient.

The first thing I almost always hear from citizen activists is, “I need a lawyer to help me.” Any honest lawyer will tell you that you’ll go broke or die of old age if you bring in a lawyer. If you can read English, you can read state law and interpret it, likely better, than any self-appointed lawyer claiming to be an election expert.

Everything begins with our counties. Nothing else matters in any other county other than our own. Secure your county and the country will follow.