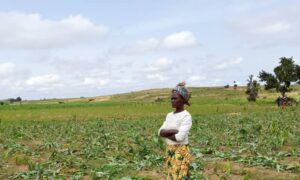 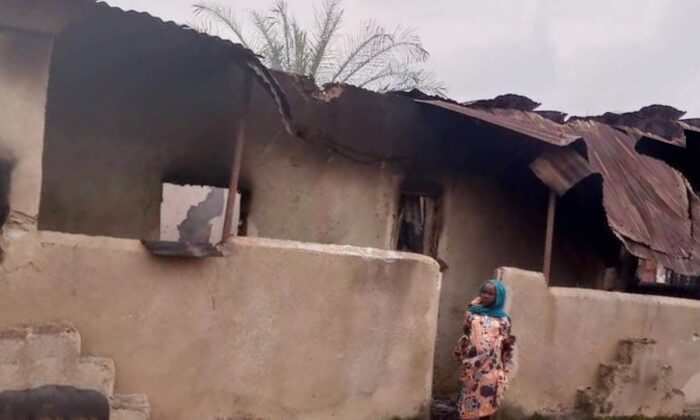 Gunmen of a Christian tribe attacked an all-Muslim Nigerian town on Aug. 7, leaving nine people dead, several houses burned, and town leaders fuming at authorities. The attack marked a new development in the ongoing strife in Nigeria, with Christians going on the offensive against Muslims.

For months prior to the Aug. 7 attack, the Christian Atyap people in the southeast of Kaduna state had been forced to abandon their homes as invading bands of armed Islamic killers rained rifle fire on their villages.

Bayaro Ibrahim, director of publicity for the Kaduna chapter of the Miyetti Allah Cattle Breeders Association of Nigeria (MACBAN), said the Aug. 7 attack on the community of Zangon Kataf was a reprisal against Muslim residents by nearby Atyap tribesman.

Residents of Zangon Kataf have accused the Nigerian army and the police of failing to defend them, despite reports that the military and police weren’t present during the attack.

“The Army and Nigeria Police could not defend nor protect the Hausa,” Ibrahim told The Epoch Times.

Feuding between the farming Atyap tribe, known to be Christians, and the Hausa and Fulani tribes, a majority of which are Muslim and some of whom are semi-nomadic, has a 30-year history in this part of the state.

Kaduna State Police spokesman (ASP) Mohammed Jalige confirmed the incident and added that a 9-year-old child was among the victims, but was unable to confirm the actual numbers killed. He confirmed that the police were holding meetings with the two tribes, but didn’t provide further details by press time.

“At the ungodly hour of about 2:25 a.m. on Saturday, [Aug. 7], 2021, Kataf (Atyap) people in large numbers and using different means transported themselves into Zango Urban town when everyone was asleep with the intention to carry out their planned and coordinated aggression by attacking Zango Urban town,” Abdullahi said.  “In the attack, they shot sporadically and set houses ablaze destruction of lives and properties belonging to our people.”

Zangon Kataf, also referred to as Zango Urban, is a small, exclusively Muslim community of about 5,000 inhabitants with about 500 houses, a primary school, a high school, and a shuttered post office. It is surrounded by Atyap Christian farming communities holding an estimated 300,000 people. The two communities are about 368 miles south of the city of Kaduna, the capital of Kaduna state.

The pre-dawn assault was preceded by five days of a bloody campaign of murder and house burnings in the Chawai tribal area surrounding the town, Kaduna Political Affairs reported.

The killing wave started as early as July 2020, when a series of deadly invasions engulfed the region and lasted for more than five months, leaving 100 persons killed and 18 villages sacked, according to Asake. SOKAPU blamed armed herdsmen for the violence, according to Asake.

In rebuttal to that claim, Audu Bayero, spokesman for MACBAN, said that the herdsmen were carrying out reprisals after their members had been attacked by the Atyap.

The International Committee on Nigeria (ICON) has warned that violence against Christians in Nigeria is a “silent slaughter,” due to the breakdown in fair law enforcement.

“What began years ago with any disagreements between Fulani herdsmen and Christian farmers being amicably resolved has grown into a regional war,” wrote Kyle Abts, co-founder of ICON, in an email to The Epoch Times.

“In previous years, the Zangon Kataf area has seen Atyap Christians being attacked by radical Muslims, but the Christians always promoted peace. Since 2015, the Fulani militants have used covering of herder-vs-farmer narratives driven by President Buhari and Governor El-Rufai to methodically attack Christian farmers throughout the region.

“This recent counterattack by local armed forces is the breaking-point against foreign agitators who are mainly Fulani militants. The local Christians have endured ongoing and unabated attacks and no longer believe that the President nor Governor is able to protect them.”

The attack started at approximately 2am, Aug. 7 by unknown gunmen, according to sources close to SOKAPU who spoke to the Epoch Times.

“Zangon Kataf town is heavily guarded by soldiers and armed mobile policemen round the clock, because the government of President Mohammadi Buhari of Nigeria and Governor Nasir El-Rufai of Kaduna state, who are both Fulani, have always ensured that where Muslims are in the minority, maximum security must be accorded that area in Southern Kaduna,” said a retired officer of the Nigeria Army resident in the region. The man asked that his identity not be disclosed for fear of  retaliation.

“I am told that the attackers were well trained and numbered about 200. They blocked the soldiers and police and were careful not to kill any of them, because they knew the implication.

“The invaders pushed the mercenaries back into Zangon Kataf town and killed between six or nine of them, I am not sure,” he said. “I was told that the attackers lost three persons and three others sustained gunshot injuries,” he said, “but it is a big signal that the war has been taken to Zangon Kataf town, and no one knows what is next,” the retired officer said.

“There was pandemonium in the town as that was the first-time that terror ever visited them,” he added.

Nura Bako, a Muslim community leader from Zangon Kataf, issued a statement on behalf of the community accusing Atyap militia of the invasion and called for the arrest and prosecution of some leaders of SOKAPU and the traditional leadership of Atyap land. He also urged that an Islamic Emirate be created to govern the population of the Zangon Kataf LGA, which is majority Christian.

“We call on our people to continue to be law abiding and remain calm. They should also go about their normal businesses and be very vigilant as well as report any suspicious movements and atrocities within their domains, to the constituted authorities. We should be up and doing in prayers for a lasting and sustainable peace in our land, ” according to a press release that Abdullahi read to The Epoch Times over the phone.