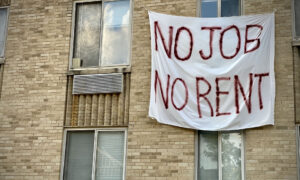 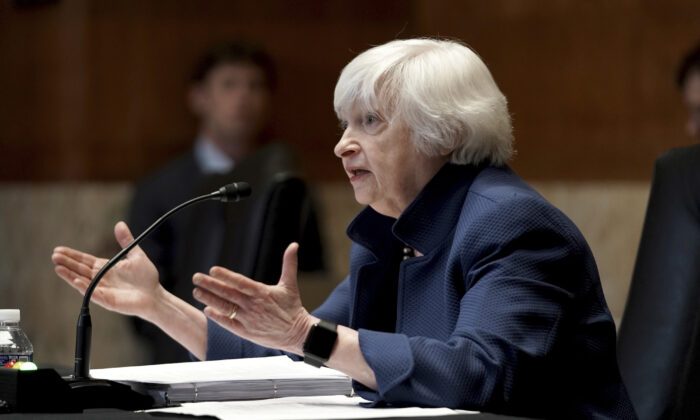 Treasury Secretary Janet Yellen will provide an update to House Democrats on Tuesday about the steps being taken to distribute $46.5 billion in federal funds that were allocated to prevent evictions during the CCP (Chinese Communist Party) virus pandemic.

Speaker Nancy Pelosi (D-Calif.) announced Yellen’s upcoming briefing in a Monday letter to Democrats explaining how the House will proceed with the effort to extend the year-long moratorium after it expired this weekend.

President Joe Biden urged Congress to take action to extend the moratorium after the Supreme Court in June ruled that the Centers for Disease Control and Prevention (CDC) overstepped its authority in issuing the moratorium.

U.S. Judge Dabney Friedrich in Washington had struck down the moratorium as exceeding the CDC’s authority but put her ruling on hold. The supreme court voted 5-4 to allow the moratorium to remain in place until its expiry at the end of July.

In a brief opinion, Justice Brett Kavanaugh said he agreed with Friedrich’s ruling, but voted to leave the ban on evictions in place because of its imminent expiry and “because those few weeks will allow for the additional and more orderly distribution of the congressionally appropriated rental assistance funds.”

“Those of us who wanted the extension were disappointed with the statement of Justice Kavanaugh, who stated that while he would vote for the extension once, he would not extend it again,” said Pelosi.

Pelosi said Democrats are introducing legislation to extend the moratorium until the end of October because it would “give us time to get the money out and to make the COVID-19 case to the Supreme Court that the urgent need for the moratorium has not gone away.”

“Universally, our Members demand that the $46.5 billion provided by Congress be distributed expeditiously to renters and landlords,” Pelosi said in her letter. “Members have asked for information regarding the distribution of the funds so far. The data that is available is based on the first tranche of money: $24 billion, up until June 30.”

Although House members are in their districts for the next month, Pelosi said they are on 24-hour notice to return for any votes. Progressives such as Reps. Cori Bush (D-Mo.) and Alexandria Ocasio-Cortez (D-N.Y.) are holding a sit-in at the U.S. Capitol demanding that Democrats come back to extend the moratorium.

The Department of Treasury, which is in charge of moving the funds to states and local governments, will provide information to members about the status of the previously allocated funds.