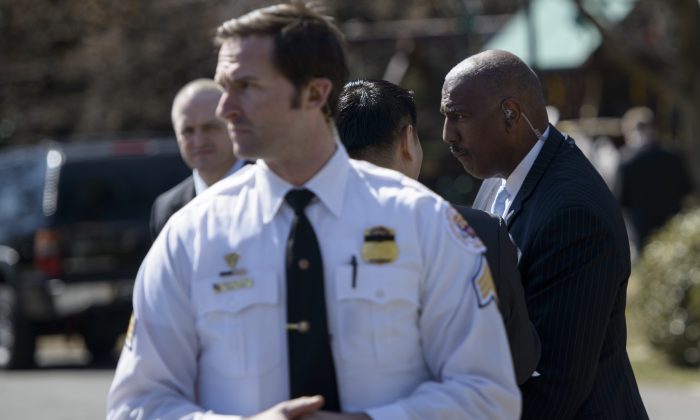 Members of the Secret Service uniformed and plainclothes divisions on the South Lawn of the White House on March 12, 2015. (Brendan Smialowski/AFP/Getty Images)
News

The professionalism of dedicated Secret Service agents since 1865 is deserving of recognition, respect, and appreciation.

It is important to accentuate their service to America by understanding the vision and mission of the agency:

VISION STATEMENT: The vision of the United States Secret Service is to uphold the tradition of excellence in its investigative and protective mission through a dedicated, highly trained, diverse, partner-oriented workforce that employs progressive technology and promotes professionalism.

MISSION STATEMENT: The mission of the Secret Service is to ensure the security of our President, our Vice President, their families, the White House, the Vice President’s Residence, national and visiting world leaders, former Presidents, and events of national significance. The Secret Service also protects the integrity of our currency and investigates crimes against our national financial system committed by criminals around the world and in cyberspace.

But recently, this once-proud agency has been blistered with numerous scandals.

Transparency, accountability, and commitment must be front and center for the agency’s renewal.

America needs the Secret Service and we must appreciate all who proudly honor their commitment to its vision and mission.

The dignity of this renowned agency demands transformation and refusal from all within its ranks to accept deviance, deficiencies, and dysfunction.

The fact is that agents are human beings and like all of us are capable of either meritorious actions or shameful behavior.

But because the Secret Service is responsible for safeguarding lives, property, and critical information—as well as preserving the morale of the nation—mediocrity and distractions from duty can be devastating.

The mission of all law enforcement, especially one as critical as the Secret Service—responsible for protecting the president—cannot be undermined by mediocrity, superficiality, incompetence, or apathy.

Honor, leadership, ethics, and character must be the hallmarks of the agency and these virtues deserve unwavering perseverance.

Renewal of the agency will take place when recent scandals—including these in published reports—are honestly addressed and remedied:

• June–August 2011: Agents responsible for protecting the White House are pulled from their posts to protect the home of a friend of agency director Mark Sullivan.

• November 2011: Several bullets hit the White House but an inferior Secret Service investigation fails to uncover it until four days later when the marks were noticed by a housekeeper.

• April 23, 2012: About a dozen agents are sent home from Colombia after a scandal of their involvement with prostitutes.

• May 2013: An agency supervisor tries to re-enter a woman’s room after mistakenly leaving a bullet there.

• March 23, 2014: After being found passed out by intoxication in a hotel hallway during a presidential trip, three agents are sent home from the Netherlands.

• Sept. 16, 2014: An armed security guard violates agency protocol by being in the same elevator with the president.

• Sept. 19, 2014: A knife-wielding man climbs the White House fence, enters the mansion, and has access to the bottom floor before being apprehended.

• Oct. 29, 2014: The agency’s investigator of the Colombia prostitution scandal is forced to resign after his arrest regarding prostitution in Florida.

• Jan. 13, 2015: Four assistant agency directors were fired, with the option of retiring or reassignment.

• March 4, 2015: After drinking at a party, two senior agents run into a White House security barrier, passing through security tape of an active bomb investigation.

In my numerous keynotes for the FBI and law enforcement officials, the human deficiencies that can distract us from our mission are honestly addressed. As counterpoint to these weaknesses, character, ethics, leadership, and moral courage are always stressed as the pillars of patriotic and personal responsibility.

The good name of the Secret Service can be restored when leadership is the foundation and this must begin immediately, as it is critical, not only to its vision and mission, but to America.