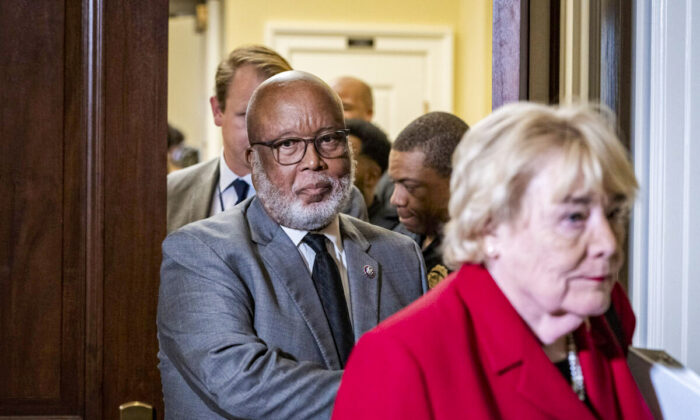 U.S. Secret Service officials have handed over thousands of records to the House of Representatives committee investigating the Jan. 6, 2021, breach of the U.S. Capitol.

“We have provided a significant level of detail from emails, radio transmissions, Microsoft Teams chat messages, and exhibits that address aspects of planning, operations, and communications surrounding January 6th,” a spokesperson for the service told The Epoch Times via email.

The panel, dominated by Democrats, subpoenaed the Secret Service over the summer. It asked for all text messages from Jan. 6 and relating to the events that unfolded that day, as well as after-action reports.

The Secret Service has said that text messages sent on Jan. 5 and Jan. 6 were erased as part of a device replacement program but has denied allegations of malfeasance.

The agency said that it hasn’t recovered any “additional text messages,” but Rep. Bennie Thompson (D-Miss.) told reporters on Sept. 14 that the files include texts from Jan. 5 and Jan. 6, after the service turned over just one message previously.

Thompson said he didn’t know where the messages were sourced, The Hill reported.

Rep. Zoe Lofgren (D-Calif.), a member of the committee, described the materials as a “large amount of documentary evidence,” some of which is “very pertinent.”

“There’s texts, there’s emails, there’s radio traffic, there’s all kinds of information. [Microsoft] Teams meetings,” she said on MSNBC. “We’re going through everything that’s been provided. More is coming in.”

The potential to obtain testimony from Tony Ornato, who helped protect former President Donald Trump during the breach and who retired over the summer, hinges on the review, according to Lofgren.

The panel is also considering other next steps, including whether to compel former Vice President Mike Pence to testify, and the timing of future public hearings.

Reps. Liz Cheney (R-Wyo.) and Adam Kinzinger (R-Ill.) are the only Republicans on the panel. Both are virulently anti-Trump, and both are set to leave office in January. Cheney lost in the Republican primary for the seat she holds; Kinzinger had already announced he was retiring after the current term.