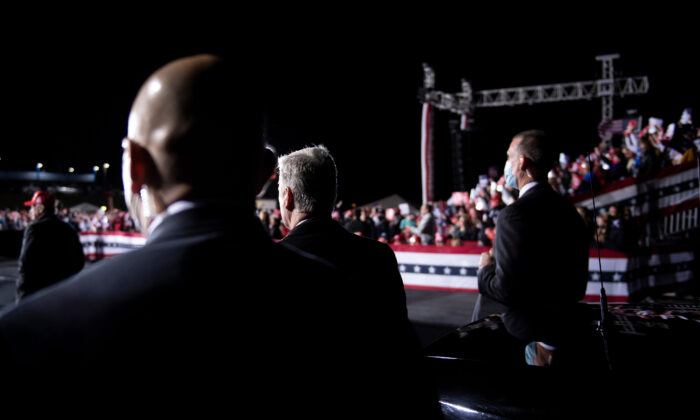 U.S. Secret Service text messages sent on the day the U.S. Capitol was breached were deleted, a watchdog said this week.

A number of texts from Jan. 5 and Jan. 6, 2021, “were erased as part of a device-replacement program,” Joseph Cuffari, the Department of Homeland Security’s inspector general, told lawmakers in a July 13 letter was obtained by The Epoch Times.

The department, or DHS, is the Secret Service’s parent agency.

The deletions were done after Cuffari’s office (OIG) requested the records as part of its evaluation of the events at the Capitol on Jan. 6, 2021, according to Cufarri, a Trump appointee.

The service in January 2021 started resetting mobile phones to factory settings as part of a pre-planned system migration, according to Guglielmi. In the process, data on some phones was lost.

“DHS OIG requested electronic communications for the first time on Feb. 26, 2021, after the migration was well under way. The Secret Service notified DHS OIG of the loss of certain phones’ data, but confirmed to OIG that none of the texts it was seeking had been lost in the migration,” the spokesman said.

Cuffari said that personnel from across DHS told inspectors from his office that they could not provide records directly to OIG without a review by government attorneys. That has led to a weeks-long delay in the watchdog obtaining records “and created confusion over whether all records had been produced,” he said.

Guglielmi challenged that allegation, saying the Secret Service has been fully cooperating.

The DHS did not respond to a request for comment.

Cuffari’s letter went to the chairmen and ranking members of the House of Representatives and Senate committees for homeland security.

“I am deeply concerned by the letter I received from the DHS Inspector General documenting the Department’s delays in producing materials to the Inspector General and its deletion of records following requests by the Inspector General. It is essential that the Department be transparent with its inspector general, Congress, and the American public,” Sen. Rob Portman (R-Ohio), ranking member of the Senate Homeland Security and Governmental Affairs Committee, told The Epoch Times in an emailed statement.

Sen. Gary Peters (D-Mich.), who chairs the panel, and Rep. John Katko (R-N.Y.), the top Republican on the House committee, did not respond to requests for comment.

Rep. Bennie Thompson (D-Miss.), chair of the House panel, and chair of the special committee investigating the Jan. 6 breach, declined to immediately comment.

The revelation about the deleted messages comes after Cassidy Hutchinson, a former White House aide, testified to Thompson and others on the special committee.

Hutchinson said that, according to a Secret Service agent she spoke to, then-President Donald Trump lunged at an agent and then the wheel in the car an agent was driving on Jan. 6.

The effort came because Trump was frustrated that the Secret Service refused to allow him to join supporters at the Capitol protest because the area had not been secured, the former Mark Meadows aide alleged.

Former Trump chief of staff Mick Mulvaney, who preceded Meadows, said he believed Hutchinson, but others cast doubt on the claim.

The story “is ‘sick’ and fraudulent, very much like the Unselect Committee itself,” Trump said in a post on Truth Social.

The Secret Service has not yet publicly commented on the claims.

The secondhand story, among others Hutchinson told, would not have been allowed in a real court, attorney Wally Zimolong told The Epoch Times.

Joseph Lord and Beth Brelje contributed to this report.