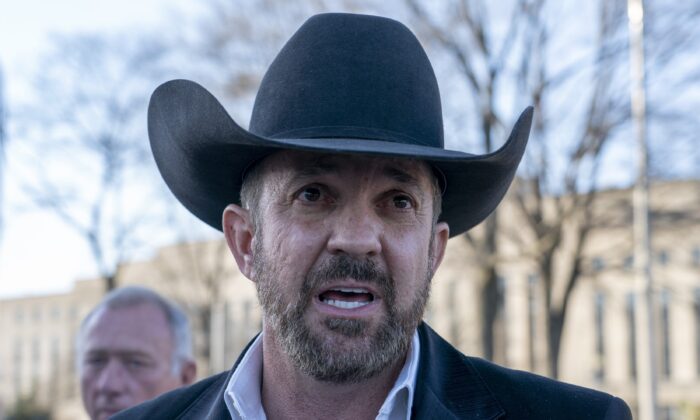 Update: Couy Griffin was convicted on one count.

A Secret Service agent testified in a trial on March 21 regarding the location of then-Vice President Mike Pence on Jan. 6, 2021.

Agent Lanelle Hawa said she was with Pence, his wife, and their daughter when they were evacuated on Jan. 6 from the U.S. Capitol building, Buzzfeed News reported.

Hawa said the trio was taken to an underground loading dock located underneath a plaza on the Senate side of the Capitol, close to the Capitol Visitor Center.

Hawa was testifying during the bench trial of Couy Griffin, founder of Cowboys for Trump. Griffin was charged with two misdemeanors, including entering and remaining in a restricted building or grounds, specifically “within the United States Capitol and its grounds.”

The charge hinges on Pence being present in the same area after prosecutors admitted Vice President Kamala Harris, who they originally claimed was present, was not.

Griffin’s lawyers won the right to question the Secret Service over Pence’s location. They had said Pence wasn’t present when Griffin was accused of committing a crime, arguing the charges should be dismissed.

Prosecutors decided to call Hawa instead of dropping the charges.

Nicholas Smith, one of Griffin’s lawyers, questioned Hawa about specifics of the security perimeter and whether the restricted area reached the underground parking area, but prosecutors repeatedly objected, WUSA-TV reported.

U.S. District Judge Trevor McFadden, a Trump appointee, told Smith to move on to other questions and declared that the defense had failed to show Pence left the restricted area.

Matthew Struck, who was with Griffin on Jan. 6, also testified, telling the court that Griffin was on the grounds to find a place to pray and did, in fact, offer a prayer, as seen in video he recorded. Struck received immunity from the government in exchange for cooperating with prosecutors.

“I feel like it was a good day, that the trial went very well,” Griffin told reporters outside the courtroom. He called the judge “extremely fair.”

Griffin is just the second Jan. 6 defendant to go on trial. The first, Guy Wesley Reffitt, was convicted on five counts but on March 21 filed motions for acquittal or a new trial. Reffitt’s case was decided by a jury. Griffin opted for a bench trial, in which the judge decides the verdict.

Closing arguments in Griffin’s case were set for March 22, and a decision is expected in the coming days.