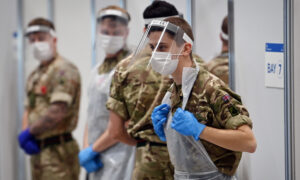 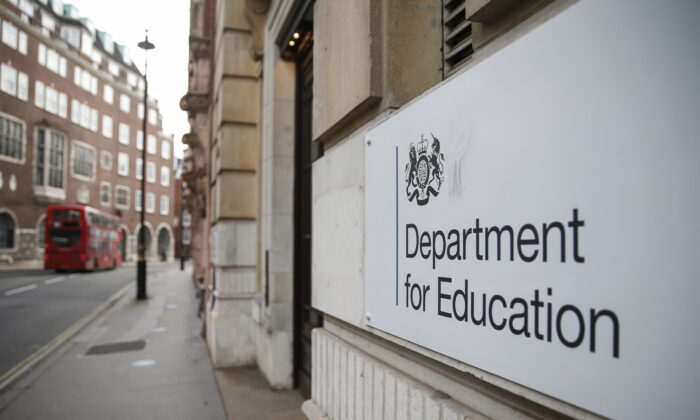 Secondary Schools in England to Reopen One Week Later Than Planned

Students in England’s secondary schools, universities, and some primary schools will return to campus later than originally planned, the government announced on Wednesday.

Secondary school and university students will also be tested upon returning, subject to consent.

Education Secretary Gavin Williamson told Parliament that the plan changed because the latest study from Public Health England showed that CCP (Chinese Communist Party) virus infections among children are triggered by changes in the community rate.

Most of the primary schools will reopen on Jan. 4, as previously planned. But in some tier four areas, where the infection rates are highest, the education contingency framework will be implemented until at least Jan. 18, when the latest data on those infection rates will be reviewed.

In these areas, only vulnerable children and children of critical workers will attend schools face to face.

For secondary schools, exam year students in areas where the education contingency framework is implemented can also attend school.

In secondary schools in other areas, all but vulnerable students and children of critical workers will return a week later than previously planned.

Exam year students will learn remotely during the first week of term, and return to school from Jan. 11, and other students are to return from Jan. 18.

“For universities, the courses where students are eligible to return in early January have been further restricted, prioritising medical and other courses where face to face teaching is necessary,” the Department for Education (DfE) said in a statement.

“The wider return of students currently planned for the two-week period beginning 25 January will be kept under review,” the statement reads.

The DfE said that two rapid tests will be available for all secondary and college students and staff and the start of the term, and that all are encouraged to consent to testing.

To support more remote learning, Williamson said that the government expects to deliver more than 50,000 devices to schools across the country on Jan. 4, and another 50,000 during the rest of the week.

“This programme is now being extended to include students aged 16–19 in colleges and schools,” Williamson told Parliament.

The UK approved the Oxford-AstraZeneca vaccine on Wednesday, which was hailed by Prime Minister Boris Johnson as “a triumph for British science.”

But “on the downside,” Johnson said, the new strain of the CCP virus is spreading “much faster and surging across the country.”

Earlier on Wednesday, Health Secretary Matt Hancock announced that three-quarters of England’s population will be put into tier four, and almost all of England will be in tiers three and four from Thursday.