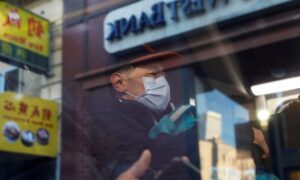 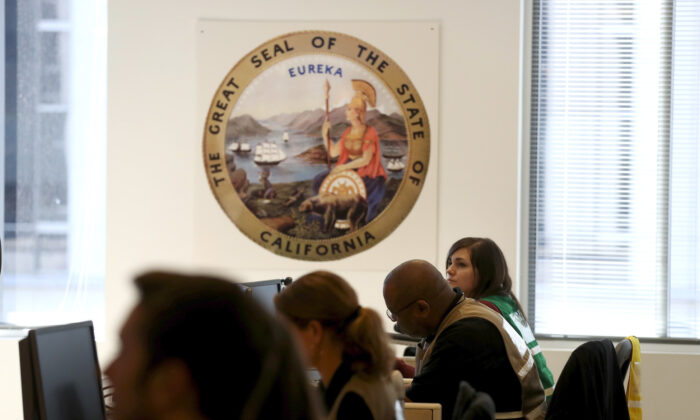 The second case of the new coronavirus of “unknown origin” in both California as well as the United States was flagged on Friday in California’s Santa Clara County.

The case involves an “older adult woman with chronic health conditions” who did not have any recent travel history or known contact with a traveler or infected person, according to a press release from the Santa Clara County Public Health Department.

The woman was hospitalized for respiratory illness, but later her doctor requested testing for the novel coronavirus. She is now under isolation at home.

Santa Clara County Public Health Department said that “[n]ow is the time to prepare for the possibility of widespread community transmission.”

“This new case indicates that there is evidence of community transmission, but the extent is still not clear,” said Dr. Sara Cody, Health Officer for Santa Clara County and Director of the County of Santa Clara Public Health Department, per the release. “I understand this may be concerning to hear, but this is what we have been preparing for. Now we need to start taking additional actions to slow down the spread of the disease.”

The California Department of Public Health announced that CDC test kits used to detect COVID-19 had arrived in the state, and the CDC committed to send more kits to California to enable more than 1,000 tests.

The first case of ‘unknown origin’ in the United States was noted earlier this week. The California Department of Public Health said that the individual is a woman in Solano County, who is receiving medical care at UC Davis Medical Center in Sacramento County. The woman had no known contact with other known infected people and no recent travel history.

“This would be the first known instance of person-to-person transmission in the general public in the United States,” the California Department of Public Health said.

The patient is notable because they might be the first person to be infected through community spread inside the United States, according to the CDC.

The case prompted Solano County to declare a local emergency, which gives officials more power to deal with the potential spread of the virus. Counties in California and New York have begun declaring local emergencies.

The department noted that other person-to-person transmissions in the United States came from known sources and involved cases in Chicago, Illinois, and San Benito County, California.

“Both cases were after close, prolonged interaction with a family member who returned from Wuhan, China, and had tested positive for COVID-19,” the department said.

The United States also saw two other new coronavirus cases confirmed earlier on Friday, and one more case confirmed late Friday, all of which originated from the Diamond Princess cruise ship that was quarantined off Yokohama, Japan, earlier this month. This brings the total tally in the United States to 64.

Of the 64 cases, 45 involve those who came from the Diamond Princess cruise ship. Three cases of coronavirus were in those who were evacuated from Wuhan to the United States. The remaining 16 cases were detected in six U.S. states—Arizona, California, Illinois, Massachusetts, Washington, and Wisconsin—with the 15th and 16th cases, both in California, currently marked as from an “unknown origin.”

Also on Friday, the federal government informed California that it does not need to use the Fairview Development Center site to isolate people from the Diamond Princess Cruise ship, “given the imminent end of the isolation for those passengers and the small number of persons who ended up testing positive for COVID-19.”

President Donald Trump on Wednesday said the coronavirus risk to the United States is low and placed Vice President Mike Pence in charge of a coronavirus task force.

“The risk to the American people remains very low,” Trump said in a press conference at the White House.

“The vaccine is coming along well, and we think this is something that we can do fairly quickly,” the president said. “Of the 15 people [to have contracted the virus] … eight of them have returned to their homes, to stay at their homes until they’re fully recovered. One is in the hospital. And five have fully recovered. And one we think is in pretty good shape,” Trump also said at the time.