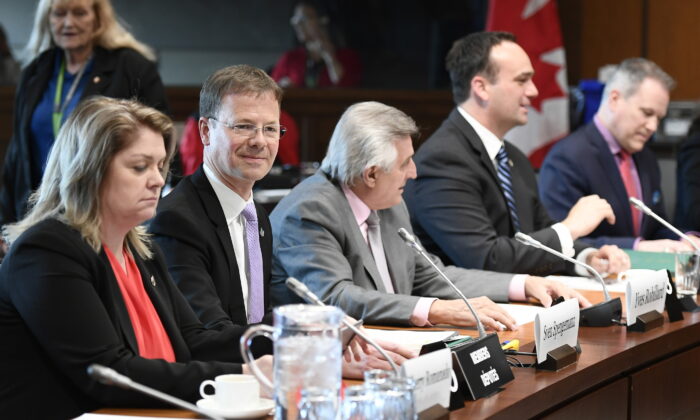 Liberal MP Yves Robillard is following his colleague Joël Lightbound in publicly criticizing his government’s COVID-19 policies, a day after Lightbound accused his party of politicizing the pandemic and using the issue of vaccination as a wedge to divide Canadians.

Robillard, who represents the riding of Marc-Aurèle-Fortin in Québec, told The Hill Times in an interview that Lightbound “said exactly what a lot of us think” and that he agrees with everything he said.

Lightbound had called a press conference on Feb. 8 in which he listed the harms caused by COVID-19 restrictions and proposed several solutions, such as creating a roadmap for the lifting of all restrictions under the federal government’s purview, such as vaccine mandates.

Robillard told The Hill Times he spoke with Lightbound on Feb. 9 and expressed his support. He said the two would be working together on the issue.

Lightbound, who represents the Louis-Hébert riding in Québec, resigned as chair of the Québec caucus on Feb. 8. Chief Government Whip Steven MacKinnon said Lightbound would remain a member of the Liberal caucus.

Robillard told The Hill Times he is not worried about being expelled from caucus, saying there are other MPs “who’ve just had enough” and “are not going to pass the rest of our mandate like that.”

The MP, who was first elected in 2015, recently ruffled feathers within his party for travelling during the holidays. As the current wave of the Omicron variant was ramping up in December, Canadians and Liberal caucus members were told to avoid non-essential travel.

Robillard told The Hill Times he had already made plans to visit family in Costa Rica and he informed MacKinnon about it. MacKinnon expressed disapproval, but Robillard still went ahead.

“He’s [MacKinnon] cutting my wings, and he’s going to regret it, I tell you,” Robillard told The Hill Times. “He does that not only with me. So, no, I didn’t need that. And it troubles me because it’s my mental health that’s taking the shock. That’s why I want to see my doctor.”

Robillard defended his decision to travel.

“We all have our authority, we all have our conscience,” he said. “I have family over there and I’m so happy that I went. And you know what, I came back with two tests, one from over there and one at my arrival, and I didn’t have COVID. So those who are going to tell me that I was in danger, no.”

The Epoch Times contacted the offices of Robillard and MacKinnon for comment but did not immediately hear back.