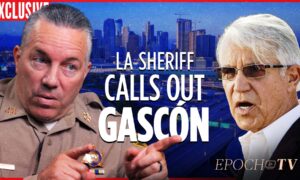 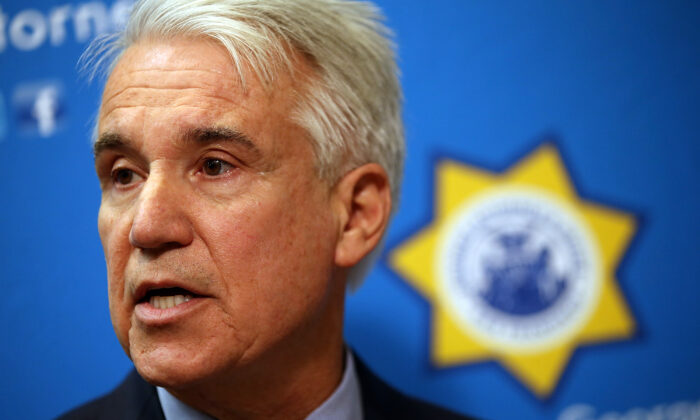 LOS ANGELES—A second veteran prosecutor in as many days is suing Los Angeles County, alleging she has suffered a backlash by being transferred to a less prestigious job for complaining about directives set forth after the November election of District Attorney George Gascón.

A spokesperson for the District Attorney’s Office said after the Randolph filing that the agency couldn’t comment on pending litigation.

At the time of Gascón’s election, Sonnenberg was the assistant head prosecutor in charge of the District Attorney’s Office’s Family Violence Division, according to her suit.

After Gascón was sworn into office on Dec. 7, he released directives requiring prosecutors in the Family Violence Division to stop filing sentencing enhancement strikes against rapists and violent domestic abuse suspects, even though they’re required to be brought under the state Penal Code, the Sonnenberg suit states.

In late December, Sonnenberg prepared a document entitled “Justification for Filing Strikes” in which she explained why she refused to adhere to Gascón’s policies and disclosed to him that she would continue to file strikes against repeat offenders, the Sonnenberg suit states.

In January, Sonnenberg sent Gascón an email stating that he was relying on faulty statistics to support his belief that long prison terms created higher recidivism rates, and she provided him with multiple studies that contradicted his “unlawful approach to prosecution,” according to the suit.

Sonnenberg believes her complaints to Gascón resulted in her not being selected for a promotion to acting head deputy of the Family Violence Division in January and later to the permanent head prosecutor position in April, which was instead given to someone less qualified, according to the suit.

Sonnenberg was transferred to Consumer Protection Division, a “dead-end position” for her because she has no experience in civil law or in the civil courts, the suit states.

“Plaintiff was transferred into a position in which she was literally a duck out of water,” the suit states. “After decades of learning criminal law and procedure, and close to retirement, plaintiff is now in a position that she does not fully understand and at which she will certainly not excel.”

In her suit, Randolph, who previously supervised about 50 lawyers and 50 civilian workers in the District Attorney’s Office’s Juvenile Division, maintains that Gascón’s policy regarding juvenile offenders effectively requires prosecutors to unlawfully hide the truth from the courts by mischaracterizing many violent offenses.

Randolph repeatedly disclosed to her superiors that juvenile petitions made under Gascón’s policy were not truthful and that filing such petitions before a court violates the ethical and statutory duties of a prosecutor, her suit states.

In alleged retaliation, Randolph was transferred on Feb. 1 to the parole division, which her suit calls a “dead-end position for a head deputy.” She also maintains that she was denied transfers to head the District Attorney’s branch offices in Torrance and Long Beach Superior Courts even though she was the most qualified applicant for each position.