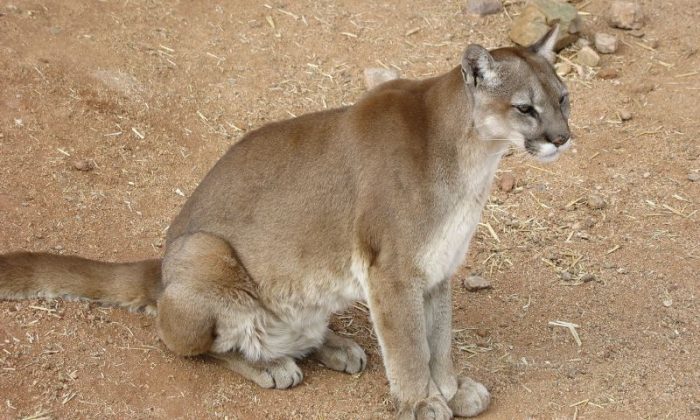 A homeowner in Southeastern Wisconsin spotted a cougar, also known as a mountain lion, on Saturday, making it the second sighting of the big cat in one month, according to police.

The Wisconsin Department of Natural Resources (DNR) was called on Feb. 17 when the homeowner noticed the cougar lying under their pine tree in their backyard, reported TMJ4.

When DNR agents arrived, they confirmed that the large animal was a cougar but were not successful in their attempt to tranquilize the wild animal with a dart gun due to the thick bush and homes surrounding it. When the officers returned the next morning, the cougar was already gone.

Police said the animal appeared to be very passive and may have been injured by a car.

The cougar was tracked southeast to the area of N. 135th Street and Hope Street but agents at this point lost trail of the big cat, reported the news station.

The Brookfield homeowner has shared an amazing video of the cougar standing on their porch, peering into their front window, reported Fox News.

“I couldn’t believe what I saw. A really big cat,” Dan Guerndt told Fox News. “I was hoping it didn’t see my cat, break the window or something.”

DNR agents said the animal was about 50 pounds and around one and a half years old. They added that the big cat was most likely looking for new territory or a mate.

This is the second sighting of a cougar in the state this month. The first sighting was in Washington County and was the first cougar sighting in southeastern Wisconsin in 10 years.

Cougars are the largest wild cat in the United States. They once roamed widely in Wisconsin but disappeared from the state in 1910, according to the DNR website. Biologists estimate that the rare sightings of cougars in Wisconsin have been males dispersing from a breeding population in the Black Hills of South Dakota.