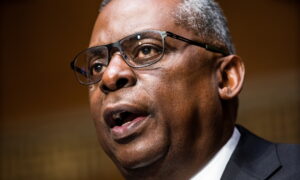 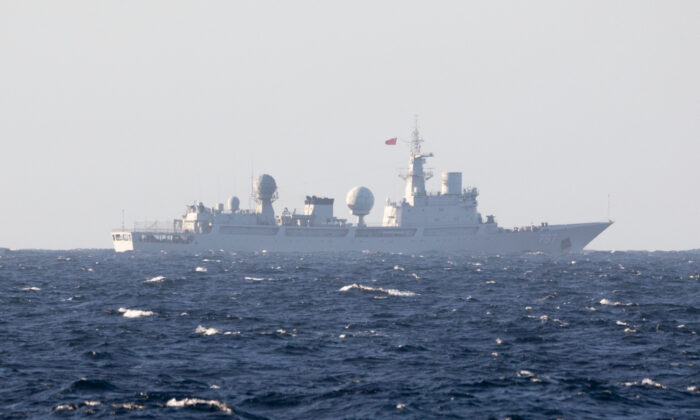 Beijing’s decision to spy on the U.S.-Australian wargames is a sign the Chinese Communist Party (CCP) is keeping an “eye” on Australia and its democratic allies, according to experts.

The comments follow recent reports that two Chinese spy ships were headed towards the Australian coast to monitor Talisman Sabre, the largest biennial training exercise between the Australian Defence Force (ADF) and the United States military.

“The message Beijing is sending, particularly to Australians, is that we’ve got eyes on you and are watching very closely. I think for a nation of Australia’s size, it’s a little destabilising,” Joseph Siracusa, adjunct professor of the history of international diplomacy at Curtin University, said.

“Keep in mind right now, they (Australian ministers) can’t get anywhere in China, or have any minister pick up the phone,” he told The Epoch Times. “The fact that (the CCP) is sending military ships to gather information and attract attention. I mean, there’s a bit of an irony here, you know, China isn’t paying attention to Australia politically, but militarily it’s paying a great deal of attention.”

On July 18, Beijing dispatched a second surveillance vessel—Haiwangxing, also known as Neptune—to the coast of  Queensland to observe Talisman Sabre.

It follows the arrival of Tianwangxing, or Uranus, on July 16, where it stationed itself inside Australia’s Exclusive Economic Zone. There it can legally remain unless it engages in fishing activities.

Chinese spy ships have been present at previous iterations of Talisman Sabre in 2017 and 2019. However, the arrival of a second vessel caught the Australian Defence Minister Peter Dutton by surprise.

“We are surprised there are two vessels, but obviously, the Chinese have made a decision to have a greater presence,” he told reporters on July 19. “We would expect them to operate and conduct themselves within the rules of international law.”

Both ships are fitted with advanced electronic sensors that can intercept and record U.S. and Australian communications for analysis.

Alexey Muraviev, head of the Department of Social Sciences and Security Studies at Curtin University, said the Chinese had an interest in the military hardware and tactics on display during the wargames.

“The Chinese have been showing continuous interest in monitoring Australia’s military activity, especially our joint operations or exercise activities with our allies,” he told The Epoch Times. “The exercises reveal inside information on tactics, weapons performance, our approach to joint planning and operations.”

“You can do a comparative analysis to what’s happening around Russia in the Black Sea region, for example, where you see increased exercise activity on the one hand, and increased surveillance and intelligence gathering activities on the other,” he said.

Meanwhile, Siracusa warned that the possibilities of a miscalculation or major incident increased with the presence of Chinese ships.

“Something small and preventable will not be preventable at the end of the day because of this lack of communication, I think something small could be big,” he said. “The fact that you have enemy warships in coastal waters near Australia tells you also that not only can the Chinese project power, but it could be a ship leading a flotilla of ships one day in the future.”

Talisman Sabre began in June and will run until mid-August. The wargames involve training in logistics, amphibious landings, ground force manoeuvres, urban operations, as well as air and maritime operations.

It also takes place across most of the state of Queensland and sees military personnel—from South Korea, Japan, Canada, and New Zealand—test out the latest technology and military hardware.