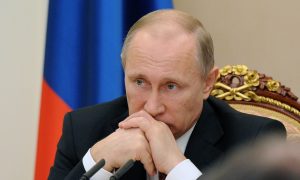 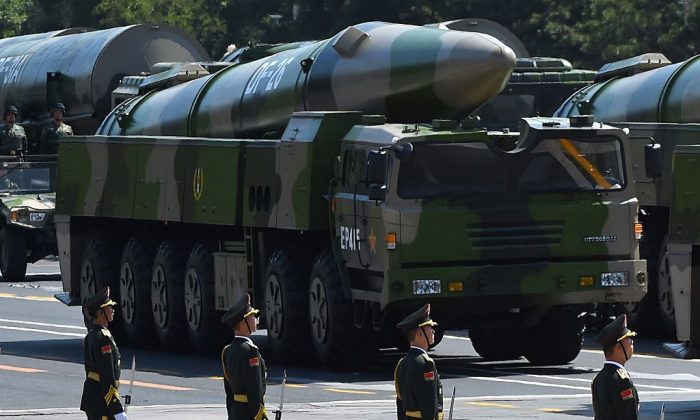 A Chinese citizen claiming to work on China’s missile programs was arrested in New York on April 13 for his alleged part in a scheme to obtain sensitive carbon fiber and sell it to the Chinese military.

This marks the second Chinese espionage case in the United States in the past week—following the case of a U.S. Navy officer accused of spying on the U.S. military for China.

Sun allegedly claimed to have worked personally in the Chinese regime’s missile program and “asserted that he maintained a close relationship with the Chinese military,” according to the release.

Carlin said the carbon fiber has many uses in aerospace and defense, and is strictly controlled from export.

Sun has allegedly attempted for years to acquire the high-grade carbon fiber and illegally export it to China, said U.S. Attorney Preet Bharara, in the press release

Early on the week of his arrest Sun traveled from China to New York to finalize a deal to obtain the sensitive materials, Bharara said, but the men he met with turned out to be undercover U.S. agents.

“Sun allegedly told undercover agents that the carbon fiber he sought was headed for the Chinese military, and then paid tens of thousands of dollars in cash to purchase two cases of it,” Bharara said.

Sun also allegedly told the undercover agents to ship the material in unmarked boxes and to falsify the shipping documents so the shipment would slip past law enforcement.

The press release says that Sun had been trying to get his hands on sensitive carbon fiber since around 2011.

It states that he met with undercover agents around April 11 and 12, and “repeatedly suggested that the Chinese military was the ultimate end-user for the M60 Carbon Fiber he sought to acquire.”

The carbon fiber would fall under the category of “new materials,” which the Chinese Communist Party has identified as a priority to steal from other nations under its Project 863 program.