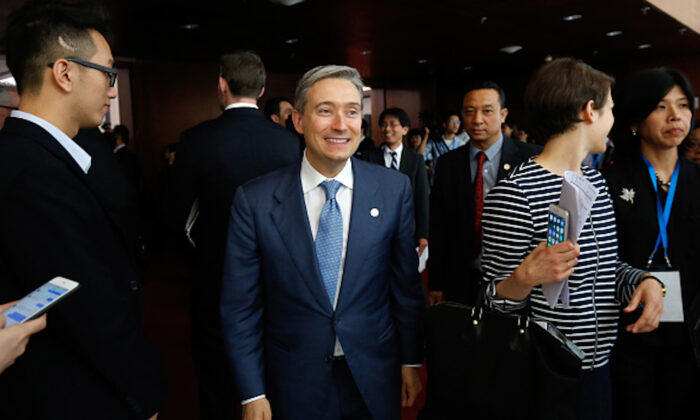 A second Canadian plane has left the quarantined region of Hubei Province, China, this morning to bring home more Canadians who have asked to return from the centre of the Novel Coronavirus outbreak, the federal government says.

Foreign Affairs Minister Francois-Philippe Champagne said there was room for about 200 passengers aboard the flight from Wuhan.

The plane is bringing back the last group of Canadians who want to be repatriated, said Champagne, who is travelling with Prime Minister Justin Trudeau in Africa and the Middle East.

There were 236 Canadians hoping to board the plane from a city that has been under quarantine for weeks as Chinese authorities try to contain the virus’s spread, Canadian officials had said Sunday.

Canadian teacher Wayne Duplessis and his family boarded the plane in Wuhan this morning. They had been planning to hunker down in the quarantined city until they realized they were running low on supplies.

“It was getting desperate,”Duplessis said from the airport while waiting for the flight.

While Duplessis and his 15-year-old son Wyatt are Canadian, his wife, Emily Tjandra, and their older son, Adryan Candra, 38, are Indonesian. The Canadian consulate was able to put a rush on Tjandra’s and Candra’s visas so they could stay together as a family.

The family is ecstatic to be coming back and to know that they are safe, Duplessis said.

He described Wuhan as “a city in pain.”

“It’s a city I love. I feel great sadness for them.”

Champagne said the government is also monitoring the well-being of 285 Canadians quarantined on the Diamond Princess cruise ship docked in the Japanese port city of Yokohama, just outside Tokyo, where an eighth Canadian is among those who have recently tested positive for the virus.

The positive test results were confirmed by the Japanese Ministry of Health and it is following the ministry’s “disembarkation protocols to provide medical care for these new cases,” the cruise line said in a release issued early today.

The latest Canadian patient will join seven others who were taken earlier to Japanese hospitals for treatment and monitoring.

Health officials have given another quarantined ship in Hong Kong the all-clear, allowing passengers and crew to disembark.

Meanwhile, Canada’s chief public health officer, Dr. Theresa Tam, said in a statement Sunday that none of the first 213 evacuees from Wuhan who are quarantined at Canadian Forces Base Trenton, Ontario, have exhibited any symptoms of the virus.

Tam authorized the early release from quarantine of all Canadian Forces personnel involved in the initial flight from Wuhan, as well as a government official who was on board that plane. She also released crew members who travelled with evacuees from Vancouver to CFB Trenton aboard a separate flight, after those evacuees left China on an American plane.

The crew and medical staff did not spend time in Wuhan, followed appropriate infection protocols, including the use of personal protective equipment, and did not have unprotected contact with the passengers who were flown to Canada, Tam said.

Seven cases of the virus have also been diagnosed in Canada, four of them in British Columbia and three in Ontario. Most cases of the new coronavirus are mild, but the respiratory illness can be deadly for some people.

More than 440 cases have been confirmed outside mainland China, including two deaths in Hong Kong and the Philippines.