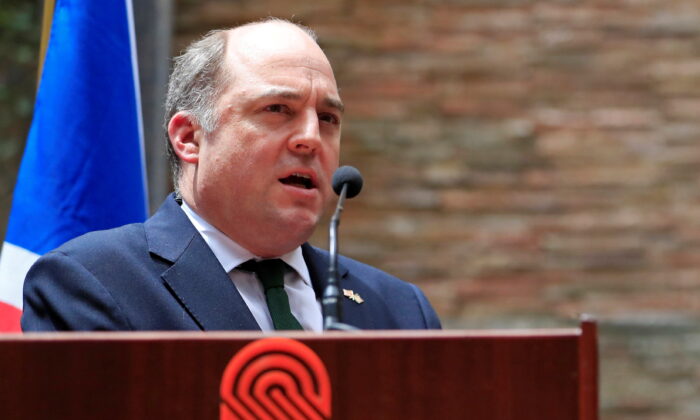 A second data breach that may bring risks to dozens of Afghan interpreters has been uncovered on Wednesday as the UK’s Ministry of Defence (MoD) investigates an almost identical incident uncovered three days ago.

The BBC revealed that defence officials mistakenly copied in 55 applicants of Afghan Relocations Assistance Policy (ARAP) in an email that could be seen by all recipients earlier this month.

According to the report, the email said ARAP team officials couldn’t reach the recipients and asked them to update their contact details.

The ARAP scheme is designed to relocate Afghans—who are at risk of Taliban retaliation for their work with the British military or government—to the UK, along with their families.

After the Taliban took control of Afghanistan, many former employees of Western countries have reportedly been targeted by the Taliban and have gone into hiding.

The BBC said that at least one of the individuals copied in the email was a member of the Afghan National Army.

The broadcaster on Monday reported on a similar incident involving at least 250 ARAP applicants, prompting Defence Secretary Ben Wallace to apologise and launch an investigation.

Speaking in Parliament on Wednesday about the previously uncovered data breach, Wallace apologised again to the Afghans affected, and said his department was working with the Home Office to provide them with security advice.

“As I speak, the Minister for the Armed Forces [James Heappey] is in the region speaking to neighbouring countries to see what more we can do with both third countries and in-country applicants,” Wallace told MPs.

“It is an unacceptable level of service that has let down the thousands of members of the armed forces and veterans. On behalf of the Ministry of Defence, I apologise,” he said.

The defence secretary said the ARAP scheme will “continue to operate and bring people back to the United Kingdom for however many are eligible and however long it takes.”

Wallace later confirmed that Admiral Sir Ben Key, the commander of joint operations who led the planning and evacuation from Kabul, is leading the investigation, and one person had been suspended.

In light of the newly uncovered breach, an MoD spokesperson said: “We have been made aware of a data breach that occurred earlier this month by the Afghan Relocation and Assistance Policy team. This week, the defence secretary instigated an investigation into data handling within that team.

“Steps have now been taken to ensure this does not happen in the future. We apologise to those affected and extra support is being offered to them.”

The incidents came after an MoD staff lost 50 pages of sensitive documents at a bus stop in June, and Foreign Office staff left documents identifying some Afghans who worked for British authorities on the ground in the abandoned British Embassy compound in Kabul.