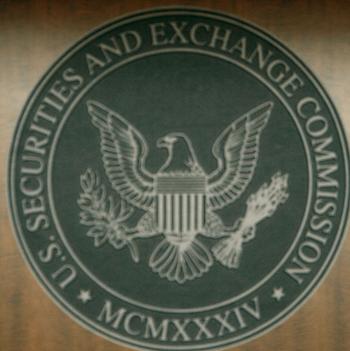 SEC Out of Touch With Market Realities—Report

The SEC hired MITRE Corporation to correct deficiencies in its system after having bungled whistleblower information sent to them by fraud examiner Harry Markopolos concerning Bernard L. Madoff’s ponzi scheme.

“As early as May 2000, I provided evidence to the SEC’s Boston Regional Office that should have caused an investigation of Madoff,” Markopolos said in a recent testimony before the U.S. House of Representatives Committee on Financial Services. “I re-submitted this evidence with additional support several times between 2000 and 2008.”

If the SEC had listened to Markopolos, it would have saved taxpayers thousands of dollars it is paying MITRE, along with perhaps the billions of dollars lost by Madoff’s clients.

“The SEC typically receives hundreds of thousands of tips and complaints per year from investors and the general public, as well as from those the SEC regulates,” a SEC statement said.

However, the SEC claims a lack of human resources as the main reason behind not following up on certain leads.

Critics of the SEC say the agency has bumbled for years without negative fallout, call for restructuring, or corrective actions.

Markopolos alone recounted several scandals that the SEC ignored or swept under the rug.

The SEC ignored whistleblower Peter Scannell’s advice to investigate market abuses during the “tech bubble” by Putnam Investments as far back as 2000.

Scannell testified before the Subcommittee on Financial Management, the Budget, and International Security in 2004.

“For years there has been a conspiracy of silence in the mutual fund industry—‘no news was good news’ for both the industry and regulators,” said Scanell. “A tangled web has been woven and it is imperative that we fully understand the scope and depth of these abuses.”

Just two years ago, when the auction rate securities scandal hit the headlines, the SEC hid its head in the sand.

Investors can’t make heads or tails of lending institutions financial statements, because even today, the SEC “refuses to enforce transparency rules,” he claimed.

“Our nation has too many financial regulators. The separation and lack of connection and communication between them leaves too many gaping holes,” Markopolos said.

“Unless the SEC admits to and embraces its failures, it will not be able to recover and rebuild.” Markopolos bluntly described the SEC, as “a group of 3,500 chickens tasked to chase down and catch foxes with are faster, stronger and smarter than they are.”

Markopolos suggested that the SEC “combine regulatory functions into as few a number as possible to prevent regulatory arbitrage, centralize command and control, ensure unity of effort, eliminate expensive duplication of effort, and minimize the number of regulators to which American businesses have to answer.”

The Fed is recommended as the single U.S. regulatory agency. Implementation and oversight of the regulatory activities, however, should be under a different agency that employs experts with background and knowledge in the respective fields.

“A simple entrance exam to test their [a new hire] knowledge of the capital markets” is needed at the SEC. Today’s SEC staffers do not understand the tools the investment market employs,” he said.

The SEC mismatch between market experts who are experienced, trained and knowledgeable in market derivatives and those who are not is glaring.

“By failing to hire industry savvy people, the SEC immediately sets their employees up for failure and so it should not be surprising that the SEC has become a failed regulator,” Markopolos said.