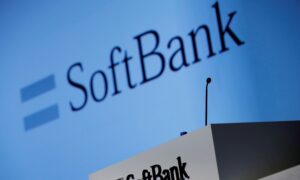 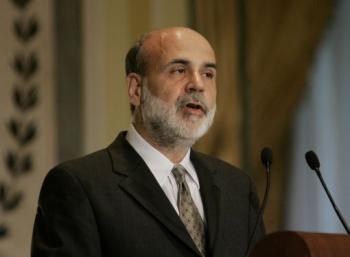 US Federal Reserve Chairman Ben Bernake speaks, 28 November 2006, before the National Italian American Foundation in New York about the economic direction of the US. (Stan Honda/AFP/Getty Images)
Business & Economy

NEW YORK—In a hearing before Congress on Tuesday, Federal Reserve Chairman Ben Bernanke gave a grim forecast for the U.S. economy, against the backdrop of existing mortgage crisis and recent bailout of IndyMac Bancorp by the FDIC earlier this week.

“The effects of the housing contraction and of the financial headwinds on spending and economic activity have been compounded by rapid increases in the prices of energy and other commodities, which have sapped household purchasing power even as they have boosted inflation,” according to a transcript of Bernanke’s speech provided by the Federal Reserve.

“Although these policy actions have had positive effects, the economy continues to face numerous difficulties, including ongoing strains in financial markets, declining house prices, a softening labor market, and rising prices of oil, food, and some other commodities,” he added.

While Bernanke’s comments expressed no new information, it did not provide specific solutions for the current economic malaise.

However, all signs point to further turmoil in the financial markets.

After IndyMac’s collapse, analysts have raised questions regarding FDIC’s ability to bail out further bank failures.

Doubts over the financial health of Monoline insurers such as MBIA and Ambac—which insure billions in CDOs, municipal bonds, and structured finance products—continue to affect liquidity in the credit markets.

“Home prices are falling, particularly in regions that experienced the largest price increases earlier this decade,” Bernanke said. “The declines in home prices have contributed to the rising tide of foreclosures; by adding to the stock of vacant homes for sale.”

During the hearing Bernanke reiterated comments made in a press statement on Sunday that the Fed would support mortgage banks Freddie Mac and Fannie Mae, “should that become necessary”.

“In recent days, investors became particularly concerned about the financial condition of the government-sponsored enterprises, Fannie Mae and Freddie Mac. In view of this development, and given the importance of these firms to the mortgage market, the Treasury announced a legislative proposal to bolster their capital, access to liquidity, and regulatory oversight,” said Bernanke.

The rule may extend to other brokerage firms and banks.

Short sellers borrow shares and sell them in the market—betting that the stock will go down—and buy them back at a lower price to repay the borrowed shares.

The rules will require traders to "pre-borrow" shares of Fannie, Freddie and major brokerages before selling them short, eliminating the so-called “naked shorts.”

Regulations against “naked shorting” have been in place for years, but rarely enforced by the SEC.

The Dow Jones Industrial Average closed down 0.8 percent, to its lowest point since July 2006.

News of General Motors Corp.’s restructuring, along with a fall in crude oil prices slowly eased the loss in the afternoon.

Wednesday’s trading session will depend heavily on economic indicators, as the consumer price index, a major indicator of inflation, and readings on manufacturing capacity and production will be released prior to the opening bell.