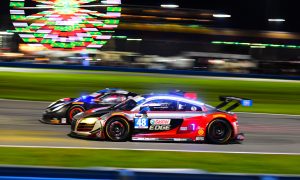 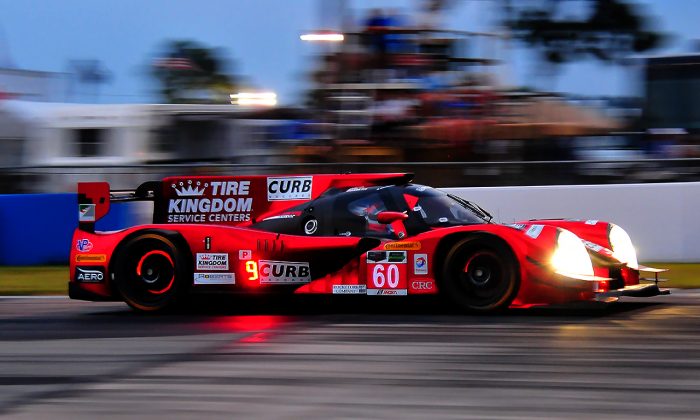 Veteran sportscar photographer Bill Kent captured a few images of the Tudor series cars during morning and evening practice. He will be contributing galleries throughout the weekend.

Tickets for the 63rd Twelve Hours of Sebring can be purchased at the gate or through Sebring Raceway‘s website.

For those who cannot attend, the race will be televised/streamed:

The first two hours will be broadcast on Fox Sports 1, starting at 10:30 a.m. EDT Saturday, March 21. From 12:30 p.m. until 7 at night the race will be on Fox Sports 2; then it moves to the Internet on IMSA.com.
Fox Sports Two picks up the action at 10 p.m. and broadcasts the end of the race and winners’ interviews.
Finally, a two-hour summary will air on Fox Sports 1 at 8:30 am on Sunday, March 22.

As always live timing and scoring will be available at IMSA.com..