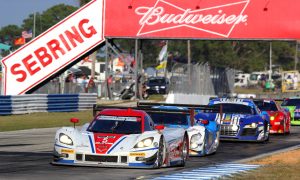 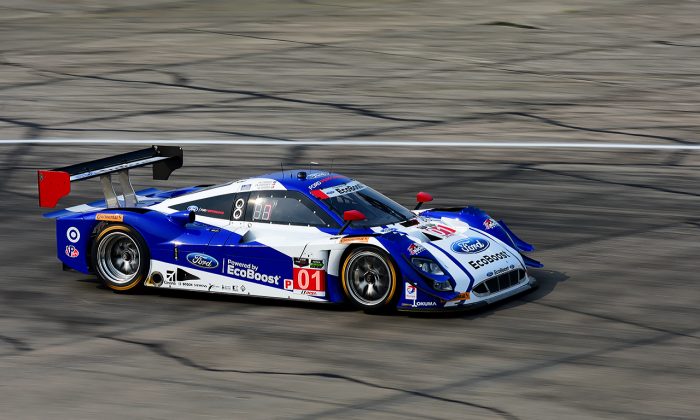 The fastest car on the starting grid, the #57 Krohn Racing Ligier-Judd, is tenth overall, four laps down, after being held up by spins and collisions.

Tom Kimber Smith in the #52 PR1/Mathiasen Motorsports OrecaChevrolet leads in PC, six seconds ahead of Conor Daly in the Performance Tech Oreca. Kimber-Smith is sixth overall.

GTLM has been exactly the kind of battle it always seems to be. The day started with Porsche-Corvette combat, and Porsche got the better of it as the Corvettes were quick at the start of each stint, but wore out their rear tires too quickly.

The #912 Porsche North America RSR led much of the first few hours; The #17 Falken Tire Porsche led briefly. BMW took a turn at the front, but after six hours it was Patrick Pilet, 11th overall, in the #911 PNA RSR leading Antonio Garcia in the #3 Corvette Racing C7.R by a few seconds, with Patrick Long in the #17 Falken Porsche another few seconds back, and Tommy Milner in the #4 Corvette only half a second back.