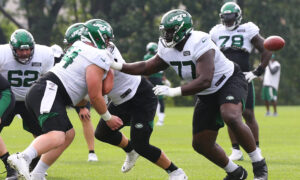 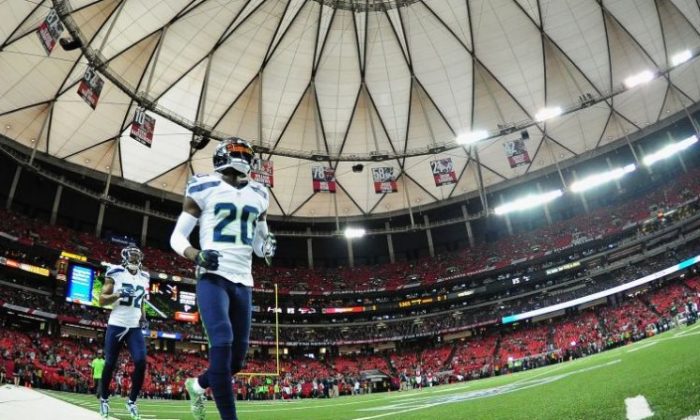 Jeremy Lane #20 of the Seattle Seahawks runs out on the field prior to the game against the Atlanta Falcons at the Georgia Dome in Atlanta, Georgia on Jan. 14, 2017. (Photo by Scott Cunningham/Getty Images)
NFL

Seattle Seahawks cornerback Jeremy Lane allegedly told police officers that he was “more high than anything” when he was arrested for a DUI on Sunday.

Lane, 27, was taken to the King County Jail on Sunday morning, but he was released hours later after posting $1,000 bail, Q13 Fox reported.

Lane was pulled over on a road between Mercer Island and Seattle for allegedly driving 80 mph in a 60 mph zone. All the while, he had his hazard lights on, according to a police report.

He was also changing lanes without putting his blinkers on, officials said.

When he was arrested, the Washington State trooper allegedly smelled “a strong odor of burned marijuana” emitting from Lane’s car. Lane said that he was rushing home because his alarm was turned on.

Lane, however, denied drinking or smoking marijuana for three hours, according to the report.

After Lane was arrested he was taken to the hospital where he took a blood test.

The trooper said that Lane told him during their trip to a hospital that “he didn’t want people thinking I was drunk.”

“This time,” he allegedly said, “I was more high than anything.”

Lane also recorded a blood alcohol content level of .039 after he was stopped, according to the Seattle Times.

The Seattle Seahawks told The Associated Press that the team is aware of his arrest. They have yet to comment on the matter.