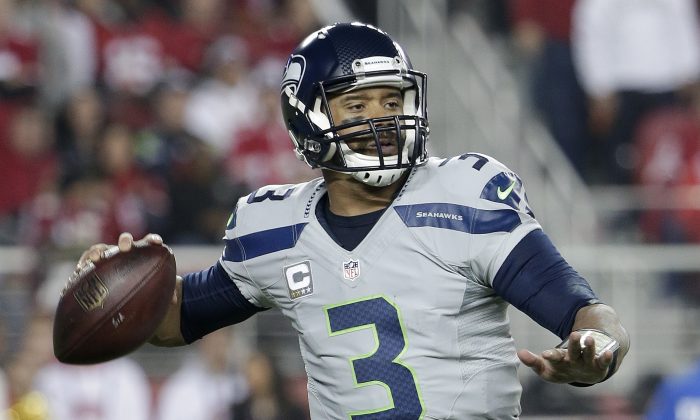 The Seattle Seahawks face the Philadelphia Eagles on Sunday. Here’s some of the latest buzz:

“We know that they’ll go real fast, and we’ll see how much they want to do that,” Carroll told KIRO-AM.

“We’re not concerned about that, really. We practice like that all the time because you never know when a team is going to do it.”

Carroll said his team has faced a number of high-tempo offenses over the last several years.

Lynch will be interviewed

RB Marshawn Lynch, who has a tendency to avoid taking questions from the media, will do an interview on the NFL Network.

Lynch will sit down and talk to Michael Robinson, and it will air on Sunday.

Robinson, according to SeattlePI, is a “good friend” and a former teammate.

He was fined $100,000 in November for not talking to the media. Meanwhile, in a highly publicized incident, he answered the media’s questions with “yeah” or “no” regardless of what reporters asked him.

Lynch leads the NFL with nine touchdowns and has 956 rushing yards on the season.

A report on Thursday said Seahawks QB Russell Wilson was interested in joining the Eagles before he was drafted in 2012.

According to NFL.com, Wilson “promised” the Eagles a championship before the draft.

NFL Media’s Daniel Jeremiah, who worked as a scout for the Eagles, said, “I can tell you a bunch of stories about my communication with him during that process.

He added: “For example, I interviewed him at the Senior Bowl. At the end of the interview, you always ask for players’ numbers so you can get in touch with them — he asked for my number. And then I would get text messages from him periodically saying, ‘If the Eagles draft me, I will lead the Eagles to championships.’ You know he would send me these text messages.”

Jeremiah said the Eagles “really liked” Wilson but the team waited too long in the draft.

“I thought there was a very real chance he was going to end up being a Philadelphia Eagle there. And then of course, Seattle ends up taking him,” he recalled.

Richard Sherman was named the NFC Defensive Player of the Week for his domination during the Seahawks’ 19-3 win over the 49ers on Thanksgiving.

“It’s the fourth career player of the week award for the fourth-year pro Sherman, who is the only player in the NFL to win the award in each of the past three seasons,” Seahawks.com said.

The Seahawks’ 19-3 victory over the Arizona Cardinals a week earlier also garnered praise for safety Kam Chancellor, who got the NFC Defensive Player of the Week a week prior.