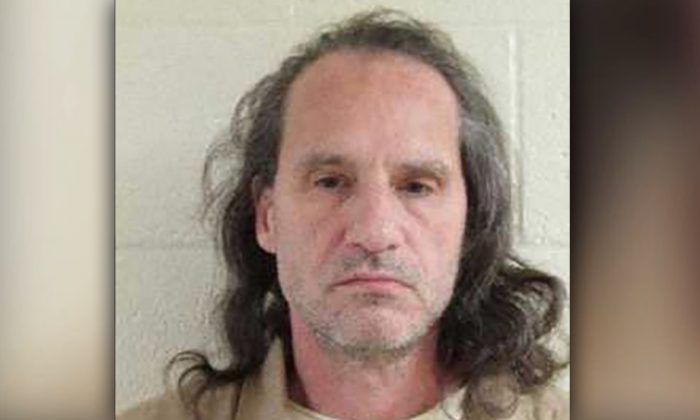 Just two days after being released from jail, a Seattle man with over 70 prior convictions, including 14 for assault, was arrested for hurling coffee at a baby.

Francisco Calderon allegedly threw the liquid at the 2-year-old child on July 20, following his release from jail after serving 8 months for randomly punching a man, Fox reported.

Witnesses told police that the suspect caused several disturbances in the area near Seattle’s Westlake Park before randomly targeting a little boy in a stroller.

Seattle Police Department officer William Griffin wrote in an offense report (pdf) that multiple witnesses said Calderon “had thrown coffee in the face of a baby who was in a stroller and then the father of the child engaged in physical altercation to prevent further assault.”

The child’s father, Daynard Butler, told KOMO that Calderon “was being belligerent to people on the street.”

“He followed a lady, and I started thinking to myself, ‘If he does something to this lady I’m going to have to step in because she’s by herself.'”

Butler said he was surprised by what happened next.

“He did a crescent turn-around, was saying something, grabbed his coffee and just threw it on my son’s face,” Butler told KOMO. “To me I didn’t know if the coffee was boiling hot or anything, all I knew is he tossed it in my kid’s face and as a father I protected my kid.”

According to a report (pdf) on habitual offenders in the Seattle criminal justice system, Calderon was responsible for “frequent, random assaults on innocent victims around Seattle.”

Calderon has been charged with a misdemeanor, KOMO reported, not a felony charge of assaulting a child.

“Mr. Calderon is being released without conditions on the felony charge,” King County District Court Judge Anne Harper said. “He has been filed in Seattle Municipal Court on a misdemeanor charge … he remains detained but not on the felony. That is by decision of King County Prosecutor’s Office and Seattle City Attorney.”

‘I Was Sucker Punched By This Man’

The case of Calderon, who has a history of homelessness and mental health issues, highlights the tension at the heart of Seattle’s policies on crime committed by people living on the street, KOMO reports, which some people consider too soft.

“I was shocked—I was sucker punched by this man,” Mat Xavier told KOMO in regards to an incident last November. “The man didn’t appear to have any real motive.”

Xavier commented on Calderon’s apparently strange behavior, saying: “What struck me as odd is that he didn’t run away. He just stood there in a daze.”

Calderon’s sentencing for the assault on Xavier sparked a public feud between the judge and the Seattle City Attorney—who had brokered a plea deal for Calderon of 50 days in jail and probation with drug abuse and mental illness treatment.

Judge Ed McKenna gave Calderon the maximum possible penalty for 4th degree assault—364 days behind bars. “I’m not sure I have ever seen a more significant history of violent offenses,” McKenna said in court, KOMO reported. “Everything in that criminal history tells me that he’s a violent offender and is going to re-offend.”

Both wrote a letter to McKenna, cited by Q13 Fox, asking him to step aside as presiding judge and accusing him of “disregarding your duty to act with impartiality and integrity.”

McKenna refused to step down and penned the following response: “I was elected to this position by my peers and enjoy continued support from the bench. The court, as the judicial branch of City government, is a separate branch and independently elected and should act free of outside influence. An independent, fair and impartial judiciary is imperative to preserving principles of justice and rule of law.”

The report shows that many of the people listed went to jail 10 or more times in the past year, with some racking up over 50 criminal cases over the past several years.

“A substantial portion of the criminal activity that has the greatest impact on Seattle’s busiest neighborhoods is committed by prolific offenders who are well known to Seattle police officers and have a large number of criminal cases in Seattle and King County courts,” the report notes.

Visit Seattle CEO Tom Norwalk told Q13 Fox, “At times I think we are overly progressive in the sense that no one is held accountable.”

The report also noted that all of the 100 repeat offenders had substance abuse problems and had at one point or another been homeless. Also, 38 percent of the offenders tracked in the report “had mental health flags in court records.”

Roughly 20 percent of all the offenders considered in the report “had a lengthy history of serious, unprovoked assaults on innocent victims.”

“You can’t arrest your way out of it but you can make sure that the people who are the most prolific offenders get arrested, and get charged, and stay in jail,” she said.

“Those people that perhaps need more support services and haven’t yet committed crimes but may need to make sure that we get the support services through programs like LEAD and other programs to prevent the crime as well,” Durkan said.