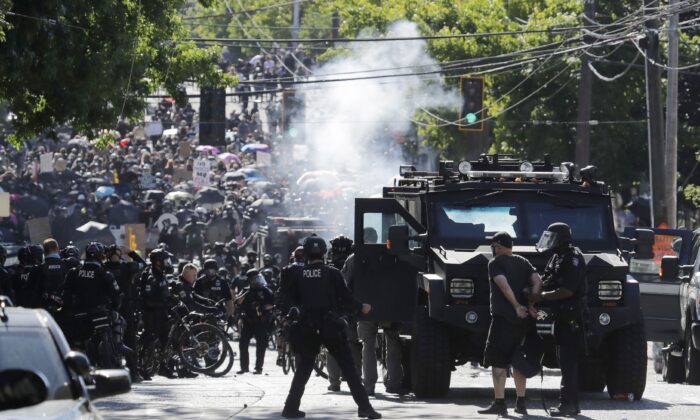 A man is arrested while smoke rises as police and protesters clash near the Seattle Police East Precinct headquarters in Seattle on July 25, 2020. (AP Photo/Ted S. Warren)
By Jack Phillips