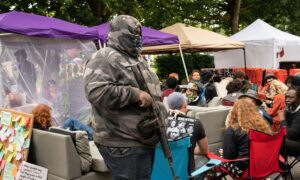 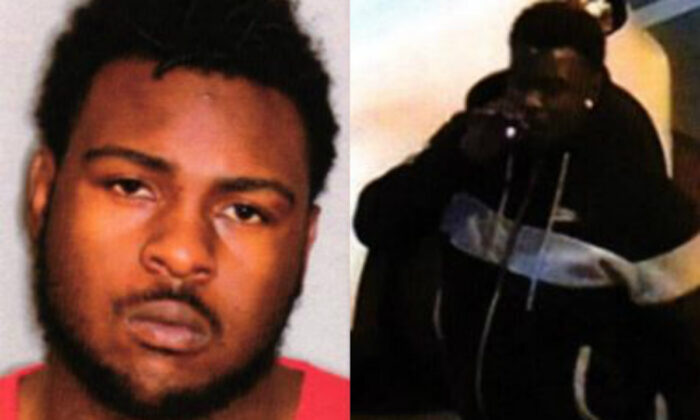 The Seattle Police Department late Monday announced the arrest of a man accused of murder in last year’s fatal shooting of a 19-year-old in the infamous Capitol Hill Autonomous Zone (CHAZ).

“SPD and U.S. Marshals arrested a 19-year-old man today in Des Moines, WA in connection with a fatal June 20, 2020 shooting in the ‘Capitol Hill Autonomous Zone,'” the department announced on Twitter. “Suspect has been booked into King County Jail. More details as they become available.”

Authorities arrested Marcel Long, 19, after a brief foot chase and booked the teen into the King County Jail on Monday afternoon, reported The Seattle Times.

Long was charged last year with murder in the first degree, according to court documents (pdf) obtained by The Epoch Times. Prosecutors said that he had planned the killing of Lorenzo Anderson, then 19 years old, in the lawless CHAZ, later known as the Capitol Hill Organized Protest (CHOP), in late June 2020.

Another male, 33, was wounded in the overnight shooting.

Detectives identified Long within a day of the shooting via video footage captured on the scene. The footage, taken in the early morning hours of June 20, 2020, showed Long approaching Anderson and pulling out a handgun. When Anderson fled, Long chased him and fired at him multiple times.

Detectives received information that Long immediately fled the state after the incident.

The CHOP zone was first set up and occupied on June 8, 2020, by self-described Marxists, anarchists, and other protesters, amid protests in the wake of George Floyd’s death. It was later declared as an unlawful assembly by Seattle Mayor Jenny Durkan after four shootings, the latest of which killed a 16-year-old and injured another teenager. Police dismantled the zone on July 1, 2020.

Seattle Police Chief Carmen Best said at the time that she supports peaceful demonstrations, “but enough is enough.”

“The CHOP has become lawless and brutal. Four shootings—two fatal—robberies, assaults, violence, and countless property crimes have occurred in this several block area,” Best said in a statement.

The incident in which Anderson died was the first of the four shootings.

Anderson’s father and mother have each separately filed lawsuits against the city, county, and state. Evan Oshan of Oshan & Associates, the attorney for Horace Anderson, the victim’s father, previously told The Epoch Times that the lawlessness of the zone made the death foreseeable.

In a statement to local outlets after Long’s arrest was announced, Oshan wrote, “We are grateful for the hard work of law enforcement for finally bringing Marcel Long in. However, the flawed political system which allowed the ‘CHOP’ zone to exist and allow lawlessness to reign on Seattle are at the core of why Lorenzo, black special needs teenager, bled out and died on June 20, 2020.

“The failed leadership of Seattle including the mayor, city council, EMT, and others responsible for not helping Lorenzo as he bled to death due negligence and/or incompetency of city, state, and county management will be brought to justice.”