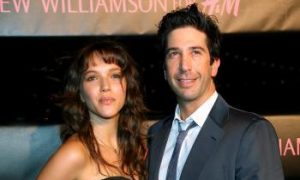 A Seattle man stranded on the highway used Twitter to apologize for the massive traffic jam he was causing.

Michael Micheletti was on his way to a car dealership last week when his car stalled. With traffic flowing on both sides, he was out of options, but decided to do what he did best—send out a tweet.

Micheletti was heading southbound on Interstate 5 on Friday morning when his black BMW came to a stop in the center lane causing traffic to back up for miles.

He was just two miles away from the dealership. Micheletti called for a tow truck. While sitting in his car and waiting, he decided to send out a Twitter apology.

"That black BMW stalled in the center lane of I-5? Yeah, that's me. Sorry, I don't like it either," Micheletti wrote using his Twitter alias “MicheyM” at 7:51 a.m.

The tongue-in-cheek apology generated an unexpectedly large response. His tweet was picked up by the Washington State Department of Transportation (DOT) who reposted his message and asked drivers to “Give Mike some room.”

Within 20 minutes, the car was towed to the side of the road.

“Tony from AAA here to help me. I bet my BMW looks really stylish on this tow truck,” Micheletti tweeted.

The ordeal lasted only 20 minutes, but the traffic remained backed up for another half an hour before it returned to normal.

Micheletti eventually used Twitter to thank the DOT and the AAA tower. He has also added new followers as a result.

“Hello new followers, and thank you. I'll try not to break down in your lane next time,” tweeted Micheletti.