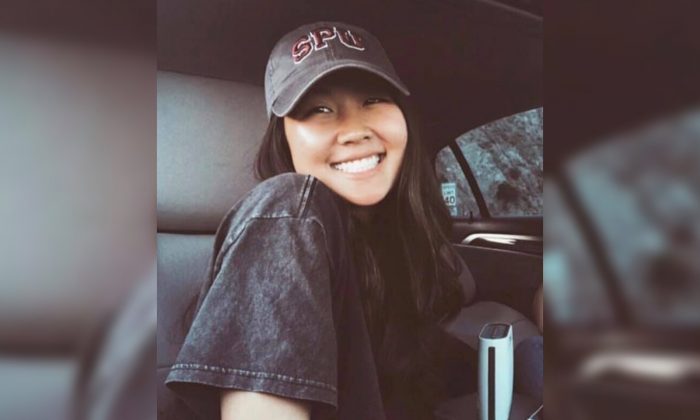 Seattle College Says Student Was Among Those Killed by Crane

SEATTLE—Officials in Washington state on Monday, April 29, are expected to release the identities of the four people killed when a construction crane fell from a Seattle building.

The King County Medical Examiner’s office has said it would release the names of the female and three males who died Saturday afternoon when the crane crashed onto one of Seattle’s busiest streets.

Wong was in a car when the crane fell, the university said.

All four people had died by the time firefighters arrived Saturday afternoon, Fire Chief Harold Scoggins said. Two were ironworkers who had been inside the crane while the other two were inside a car, Fire Department spokesman Lance Garland said.

“While we grieve the sudden and tragic loss of our precious student, we draw comfort from each other,” Seattle Pacific’s statement said. “We ask that the community join us in praying for Sarah’s family and friends during this difficult time.”

Frank Kuin, a Montreal-based journalist, was in a Seattle hotel lobby when he heard a “big bang” and felt the floor shake. He said he initially thought there had been an earthquake. Then he saw motorists leaving their cars on a nearby off ramp and running toward something.

Kuin followed them around a corner and saw a chunk of the crane lying on top of cars, including three that were crushed.

“To imagine what happened to those people who just happened to be driving by was quite shocking,” said Kuin, who later took photographs of the scene from his fifth-floor hotel room.

Officials do not yet know the cause of the collapse.

Washington state labor investigators were at the scene of the collapse Sunday, trying to piece together what happened, said Tim Church, a spokesman for the Washington Department of Labor & Industries.

“It’s a very detailed process,” he said. “It will actually be months before we have anything regarding the cause.”

The tower crane was being disassembled when it fell from the building, Church said.

Of the injured, a 28-year-old man remained hospitalized in satisfactory condition Sunday at Harborview Medical Center. A mother and her infant were released from the hospital Saturday. The fourth person was treated at the scene and released.

The deadly collapse is sure to bring scrutiny about the safety of the dozens of cranes that dot the city’s skyscape. With Amazon, Google and other tech companies increasing their hiring in Seattle, the city has more cranes building office towers and apartment buildings than any other in the United States. As of January, there were about 60 construction cranes in Seattle.

On Saturday, Seattle Mayor Jenny Durkan said the city had a good track record with crane safety but that officials would conduct a review.

The office building the crane fell from was badly damaged, with several of its windows smashed.

A Google spokesperson said in a statement Saturday that the company was saddened to learn of the accident and that they were in communication with Vulcan, the real estate firm that is managing the site and working with authorities.

A crane collapsed in the Seattle suburb of Bellevue in 2006, damaging three neighboring buildings and killing a Microsoft attorney who was sitting in his living room. The state Department of Labor and Industries cited two companies for workplace-safety violations after an investigation that found a flawed design for the crane’s base.

By Lisa Baumann and Rachel d’Oro