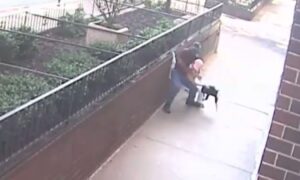 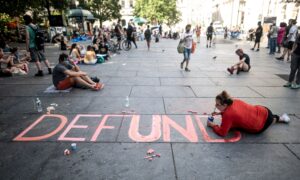 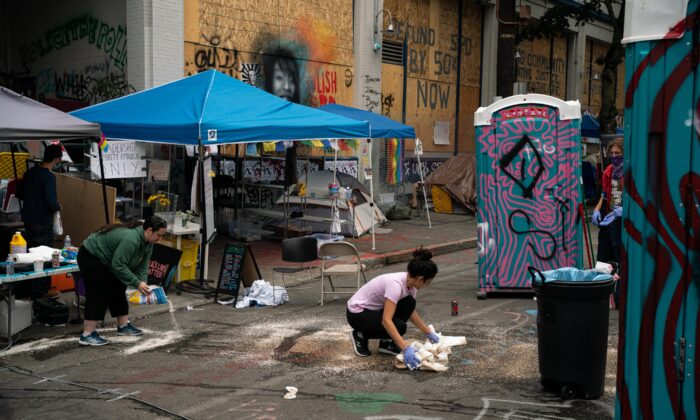 People clean the site of an early morning shooting that left one person dead and one in critical condition in the area known as the Capitol Hill Organized Protest (CHOP) in Seattle, Wash., on June 29, 2020. (David Ryder/Getty Images)
US News

Following a rash of shootings and violence, Seattle’s Department of Transportation started clearing some barriers marking the entry to the Capitol Hill Organized Protest, or CHOP, on Tuesday.

City workers were seen with heavy machinery removing the barriers. Some protesters then took items, including trash cans, to block off an area in CHOP, according to video footage.

“We’re trying to take out some of the barriers. We said all along we were trying to open the streets,” Seattle Department of Transportation Director Sam Zimbabwe said on Tuesday, according to the Seattle Times.

Seattle police Assistant Chief Adrian Diaz told the outlet that the concrete barriers would be removed in a procedural manner to allow cars to move through the road that was blocked off.

In the wake of George Floyd’s death, protesters, anarchists, and self-described Marxists set up CHOP, which was formerly known as the Capitol Hill Autonomous Zone (CHAZ) with signs declaring that “you are now leaving the USA.”

“We’re just making sure we’re having our roads open and have the ability to get people needed services, because there are a lot of people in crisis in this area,” Diaz said. He didn’t provide a timeline for when police officers will return to the East Precinct, which was abandoned in the wake of sometimes violent protests in the area.

“This is something that’s going to need to change,” Best said. “We’re asking that people remove themselves from this area for the safety of the people. If they care about people, they’re going to have to try to help us to make it safe.”

She noted that a recent shooting in CHOP left one black teenager dead, saying that the incident is antithetical to a “place where they claim to be working for Black Lives Matter.”

On Monday, a shooting left a 16-year-old male dead and a 14-year-old injured in the area, police told news outlets.

Mayor Jenny Durkan’s office on Monday said the original message behind the protests was “undermined by violence” at CHOP.

“The area has increasingly attracted more individuals bent on division and violence, and it is risking the lives of individuals,” city spokesperson Ernesto Apreza told the newspaper. “There has been unacceptable behavior by individuals who are preventing city employees from doing their job.”

Seattle police officers have mostly stayed away from CHOP throughout most of June, and police have said they would only respond during life-threatening emergencies.

The Seattle Police Department hasn’t yet responded to a request for comment.